Monster Hunter Rise Monsters  (MHR or MHRise) are the creatures that inhabit the Locations of the world and are usually the target of player hunts. This is a Full List of all MHR Monsters, large and small, including expansion and DLC content. Players set off in Quests to find and defeat these beasts in order to complete Guild and Village requirements, as well as to harvest valuable Materials.

Monster Hunter Rise Monsters have unique behaviors and frequent different locales. This complete Monster Guide list all Monster weaknesses and strategies on their individual pages. There are a total of 67 Large Monsters in Rise, with 25 new monsters and 42 "returning" monsters that have appeared on other series. There are 6 new Small Monsters and 28 returning ones, bringing the small monster total to 34. MH Rise has a total of 101 monsters in general, so make sure to check them out in order to optimize your Equipment (Armor, Weapons and Talismans) and refurbish your Supply Box with items useful for your upcoming Quest!

Monsters are also divided into species: Bird Wyverns, Brute Wyverns, Elder Dragons, Fanged Beasts, Fanged Wyverns, Leviathans, Temnocerans, and Flying Wyverns. There are also "Apex" monsters which are powered-up versions of the monster. They usually have some unique drops, but not all of them feature weapons or armor.

Monster Hunter Rise Monsters have some special mechanics unique to the title. There's a special Ramp-Up Skill called Element Exploit: it increases the damage done to a monster if you're hitting a body part with the specific element it has an elemental weakness against (so weakness is over 25).

Obviously Combat against Large Monsters becomes easier, faster and even more entertaining after you get the best equipment to fight the specific monster you are encountering. But it's not all in the equipment, each monster has a series of attacks and movements that players must learn, to time the blows and dodge them, or to reposition themselves in case the monster was about to perform an area attack.

Some players may decide to challenge themselves into battle against a monster without preparation and try to win by pure gaming skill, but that may require many attempts until it's finally achieved. Another challenge, a more useful one, is to try to hunt or defeat more large monsters than the ones required to complete the quest.

Having a good team that has good and active communication, where every member knows what to do, can also make possible to defeat far more mosnters than a solo player. By for example gathering the monsters together and mounting them to fight each other will help the players defeat the monsters quickly, but gathering monsters together may be too chaotic for unprepared players. As some monsters are hostile to each other, having other monsters around, large or even small monsters can distract your target monster and gain more space in battle.

For more information, you can visit the specific article for Combat. Also check the list of monsters below and click on any monster to read tips on how to defeat them.

Quick Search of All Large Monsters

Large Monsters are enormous creatures in Monster Hunter Rise (MHR or MHRise). These are hostile and objectives of Hunt Quests and Rampage Quests, producing valuable materials for players to acquire once defeated. Large Monsters are predators in each habitat, hunting Small Monsters and in some cases other

A quick list of all Large Monsters in Monster Hunter Rise, in alphabetical order:

Large Monsters' sizes allow hunters to hit them in various parts of their body, such as their legs, tail, wings, head, etc, and material drops and drop rates are dependent on bodyparts. So it is wise for players that are trying to get a specific item to craft or buy a specific weapon, armor part or item, to study the monster they are about to hunt before they engage in combat.

This makes a big difference between battles. Trying to achieve a defeat to complete a quest is not the same as trying to focus on a certain part of the monster to gain a specific material. It may even require different builds for each type of battle.

Small Monsters have this quality too, but their bodyparts are far more simple and their combat skills do not require such a different combat focus.

Hunters in Monster Hunter Rise are able to mount Large Monsters via Wyvern Riding for a short period of time. Wyvern Riding allows hunters to control Monsters so they can move and perform attacks on the hunter's command. This adds a much more chaotic variable to the battle, giving hunters some advantages when multiple Monsters are objectives of a Quest.

Even if the target Monster is alone, mounting them can be useful to approach other Monsters, or move the monster away from areas where hunters are at a certain disadvantage. Mounted Monsters can also be commanded to hit the wall causing them to self-inflict damage and get knocked out momentarily for further punishment. A mounted Large Monster will also receive damage from other monsters that are targeting the hunter.

How do I capture Monsters in Monster Hunter Rise?

Capturing is one of the Win Conditions in Monster Hunter Rise as an alternative to killing Monsters. This can be done by using either a Shock Trap or Pitfall Trap to trap the Monster and then dropping 2-3 Tranq Bombs near its head. However, in order to successfully capture, you must first deal enough damage to the target Monster by normal means until they are in a Weakened State. Players can determine when a Monster is weakened with a few telltale signs, the easiest being when a Monster has this icon

under their portrait in the top right of the HUD. Monsters may also begin limping and on their next attempt to change areas, they will limp towards their lair or nest and go to sleep. Additionally, if you have a Palico with you, they may give the following verbal cue: "Our purrey is weak. Ripe for the capture!". Note that different Monsters have different capture thresholds and hunting with others in Multiplayer will modify this threshold further.

Why should I capture Monsters instead of killing them in Monster Hunter Rise?

Capturing Monsters is generally the faster and safer option for completing Quests in Monster Hunter Rise, particularly with extremely aggressive Monsters as it cuts down on the time required to defeat them, during which they may unexpectedly cart you. Additionally, there are Materials and quest rewards that can only be obtained by capturing Monsters, a fact which also benefits from the reduced time it takes to defeat the Monster as you may need to farm them several times. Do note that there are also Carve-only rewards which can only be obtained by killing the Monster and carving its body, so make sure to check your Hunter's Notes for specific materials you are looking for. Finally, there are Capture-only Quests marked with the

icon on the Quests screen, which will fail if you kill the target Monster instead, so be mindful of your quest objectives. When a quest objective requires you to "Hunt" a target Monster, this means you can either capture or kill them. During Capture-only Quests, you have the benefit of having free Tranq Bombs and Traps from the Camp's Supply Box which you should take advantage of, especially when low on supplies to craft these items. Do note that not all Monsters can be captured.

What Monsters can be captured in Monster Hunter Rise?

As a general rule, most Large Monsters in Monster Hunter Rise can be captured, with the exception of Elder Dragons such as Teostra and Kushala Daora, as well as Apex Variants like Apex Arzuros and Apex Zinogre, who are immune to the effects of Shock Traps and Pitfall Traps. As such, Quests that require you to face off against an Elder Dragon or Apex Monster will have their objective marked as "Slay" to denote that they must be killed as part of the Win Condition.

Among Monsters that can be captured, do note that some may have a persistent or conditional resistance to certain Trap types. For example, Zinogre is immune to Shock Traps when in its Supercharged state (glowing and electrified fur). While not Supercharged, it may become Supercharged when stepping on a Shock Trap so it may be best to use Pitfall Traps instead. Nargacuga on the other hand can destroy Pitfall Traps when not Enraged (glowing red eyes). Rajang is even more complex, being able to avoid Pitfall Traps unless Enraged (glowing golden fur), and then being able to destroy Shock Traps when its arms are Supercharged (Enraged + glowing red arms). Always refer to your Hunter's Notes for all such quirks when attempting to capture Monsters.

This section lists Large Monsters announced and added with the Sunbreak Expansion. Purchase of the expansion is required in order to encounter these Monsters as they are not available in the Base Game. See Monster Hunter Rise Monsters for a full list of all monsters. 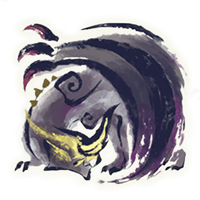 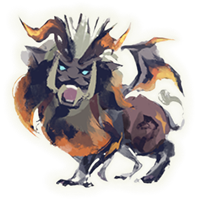 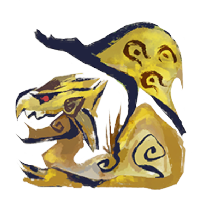 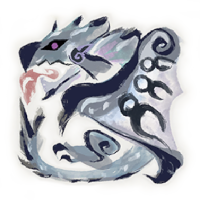 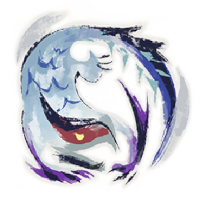 Small Monsters are creatures in Monster Hunter Rise (MHR or MHRise). These are typically hostile and optional objectives of Hunts, but can produce valuable materials for players to acquire. Small monsters are often prey for larger wildlife and stick to herds and packs to defend themselves.

A quick list of all Small Monsters in Monster Hunter Rise, in alphabetical order:

This section lists Small Monsters announced and added with the Sunbreak Expansion. Purchase of the expansion is required in order to encounter these Monsters as they are not available in the Base Game.

This section lists all Small Monsters available with the Base Game in Monster Hunter Rise. These Monsters will also be available in all future expansion content such as Sunbreak.