Narwa (Thunder Serpent Narwa) is a Large Monster in Monster Hunter Rise (MHR or MHRise). She is the final boss of Monster Hunter Rise's base-game main campaign, and defeating Narwa is a requirement for access to the Sunbreak Expansion.

The item with the lowest drop chance, dropped my Narwa, is the

Thunder Serpent Orb, which is the item that will have hunters farming Narwa for a while. Check our Builds to get better prepared against Narwa and farm the item more quickly.

My king, o my king. Come forth now with haste. With my elegant lightning. Let us lay this land to waste. Tear apart the skies. Rend the clouds asunder. Pave the road to paradise. With hurricane and thunder

Narwa is an elder dragon and Wind Serpent's Ibushi's "queen." Its thundersacs glow with accumulated electrical charge; it is thought that these organs therefore generate the powerful magnetic field that lifts the creature and anything around it high into the air.

Attacking its thundersacs that have stored energy will cause them to discharge, grounding the beast. Those on its underside are its weakest, provided you can time an attack for when they aren't blocked by its fins. If you are crafty, you can even use the levitating terrain to your advantage. Platforms generally rise whenever the Narwa hits the ground, the harder it hits it, the upper the platform will rise. If the platform is too high, you can use the wirebug to reach to top of it, where generally you will be at a better reach to the Narwa's Thundersac. You will also have many opportunities to hit Narwa's head everytime it's upside down. Save one wirebug to jump close and start hitting it whenever the creature gives you the chance.

Thunder Rings - Narwa cojures rings of electricity that travel slowly towards their targets. Most rings expand in radius while some contract and others stay the same size. The ceneters are usually open and are safe to pass through. Some ring patterns consist of multiple rings that have overlapping bands along their travel path, requiring hunters to weave through the gaps in between. The following are some ring patterns that Narwa uses:

Mind that angular movement is faster when you are closer to the target monster. This means that you don't need to run or dodge too much to the side to avoid a Ring attack, as the attacks are slow. But being close means that you will require better reaction time. By doing this you will be much closer to the Narwa and also have much more time to hit it will it's performing the ring attacks.

Thundering Beam - Narwa raises her head as lightning crackles and flashes around her mouth. She then unleashes a massive beam of lightning beginning directly underneath her and then scooping the beam outwards in a long streak across the ground similar to Rathalos' move. The beam is followed by cascading lightning blasts exploding directly behind it along its path so be careful of the multiple overlapping hitboxes.

Sweeping Thundering Beam - Narwa floats close to the ground and on her side. She then unleashes her thundering beam, pivoting in place and sweeping the beam across a near-360 degree arc. Look for elevated platforms and get behind them or above them to evade the attack. Alternatively, perform a vertical Wiredash to vault over the beam as it sweeps by.

Thundersac Beam Barrage - Narwa floats upside down with her head close to the ground, pointing her abdomen downwards and unleashing multiple bright white/purplish beams from her Thundersac that fan outwards. Maintain distance from Narwa until the beams fan out enough that you can weave between the expanding gaps between them.

Thundersac Carousel - Narwa raises several platforms all around her and then coils up around her Thundersac in the center and rotates in place. She then unleashes multiple Thundersac beams the flared outwards in a circular pattern, rotating in a carousel-like motion. Narwa also continually releases thick upright thunder rings that expand and travel in four cardinal directions from her. Make your way up to one of the platforms with a weapon emplacement and aim for the thundersac, taking care to guard as the rings pass by.

Thunder Spire Barrage - Narwa floats upside down and raises several platforms all around the battlefield and then forms multiple pillars of lightning which travel outwards in all directions around her. She also releases horizontal rings at different heights, expanding outwards slowly. Her thundersac is exposed during the long animation of this move so get up on one of the platforms with a weapon emplacement and fire away while guarding against the incoming lightning attacks.

Thundering Nova Combo - This is Narwa's ultimate move and is comprised of three parts:

Homing Thunderbolts - While floating upside down, Narwa charges up her thundersac and releases several lightning projectiles up into the sky. They quickly home in on a target with strong tracking. Stand underneath an elevated platform to block the barrage. You can also just sprint around the battlefield and the bolts will eventually crash into the ground behind you.

Tail Uppercut - Narwa swings her massive tail in a large arc along the ground, ending in a diagonal upward tail kick. The attack's intended path is clearly telegraphed and can easily be avoided by staying on the opposite side, under her back.

Tail Slam - Narwa floats upright slowly, flailing her arms while raising her tail slightly. She then performs a somersault and sends her tail crashing into the ground in front of her, dealing very heavy damage to hunters caught in the path. This attack has massive reach but has next to no tracking. Keep moving sideways to dodge the attack. Narwa will remain in the end position for a few seconds, with her thundersac exposed. Take this time to get a few hits in. This attack will sometimes cause platforms to rise up that you may need to jump up to in order to reach the sac.

Twister Dash - Narwa floats upright and after a brief pause, dashes forward, twisting and turning in a corkscrew pattern, ramming into anything along her path. The attack comes very quickly but usually from a good distance so hunter should have plenty of time to dodge the move. A variation of this move sees Narwa releasing multiple expanding rings along the wake of her dash. 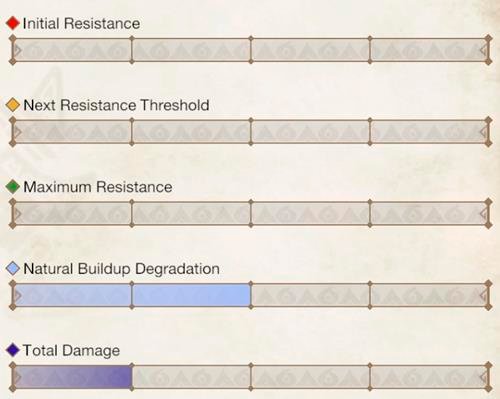 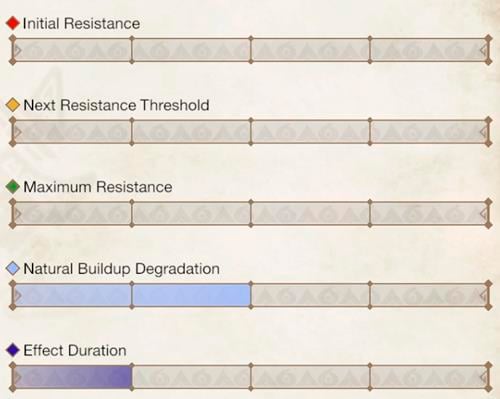 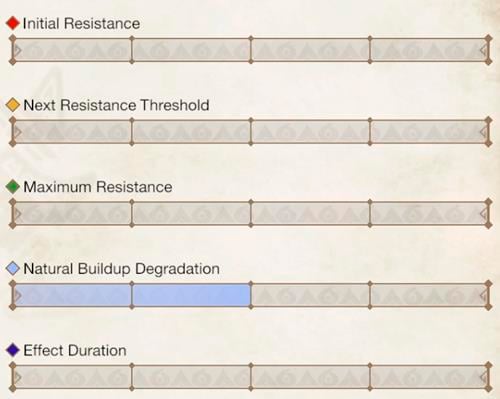 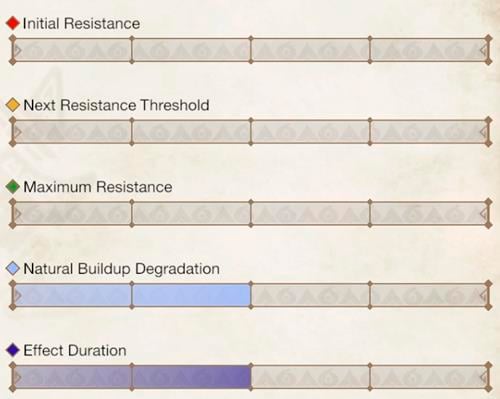 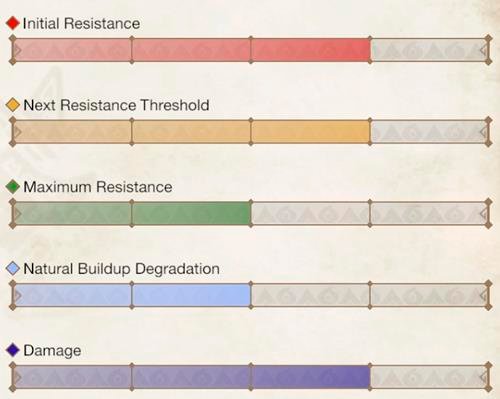 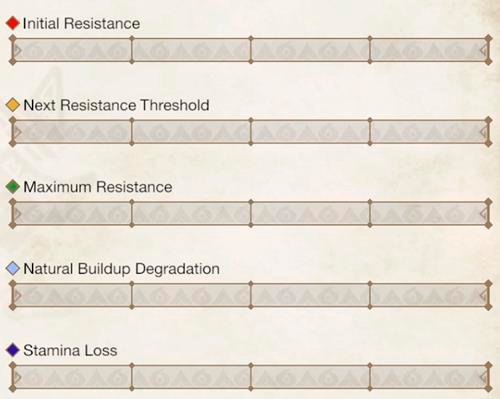 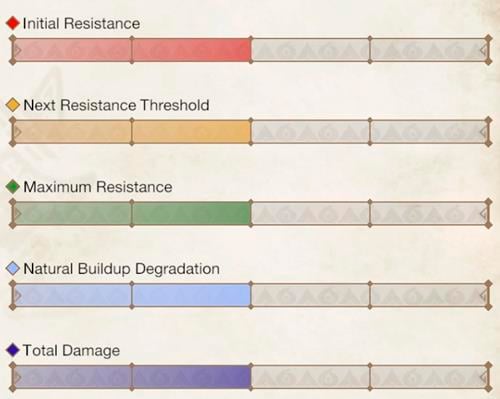 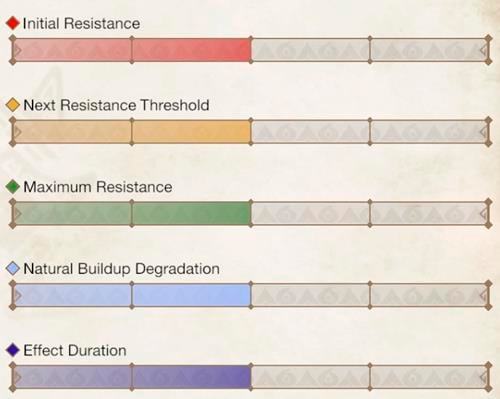 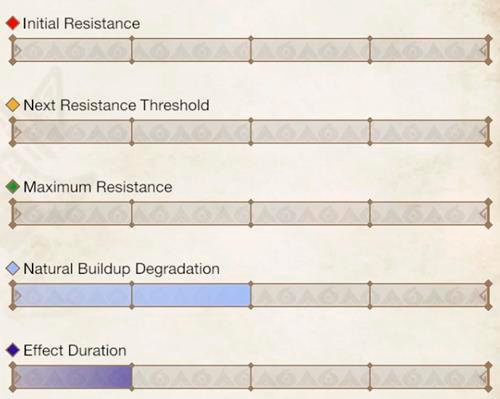 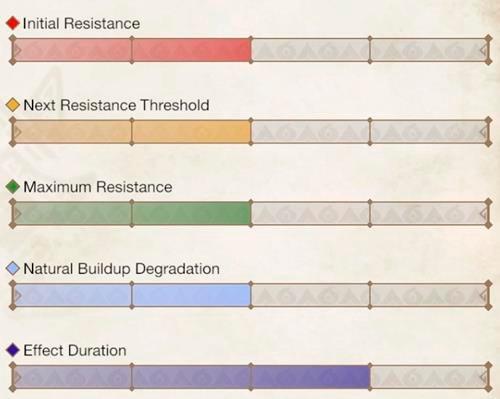 The table below indicates the various materials or items obtained from the High Rank variation of Thunder Serpent Narwa, it also includes the percentage chance of how it can be acquired.

This monster is High Rank Only, so there are no Low Rank materials.

Armor and Weapons related to the Thunder Serpent Narwa Monster.

Palico and Palamute Armor and Weapons related to the Thunder Serpent Narwa Monster.