Tetranadon is a Large Monster in Monster Hunter Rise (MHR or MHRise). Large Monsters like Tetranadon are hostile and are usually the primary objective of Hunts. They provide valuable Materials when defeated.

An amphibious monster resembling a frog. Its appetite is infinite, and if it sees anything moving, it will gobble it up, dirt an all. It's theorized that the dirt it consumes builds up in its stomach and aids in digestion. If it eats something that it cannot digest, it will throw it back up. The cranial disc protecting its tender head is said to harden and become a more brilliant blue over time.

After a large meal, its movements become sluggish, but don't be fooled; its swings become more weighty and destructive as well! Watch for when it moves slowly, strike true, and it'll belch up its dinner and return to normal.

Enrage Mechanic - Tetranadon enters enrage mode whenever it manages to eat. As the fight goes on, Tetranadon will eventually dig into the ground or water with its snout, unearthing some food and chowing down. It gets energized from the meal and inflates its belly and then lets out a loud roar. Alternatively, Tetranadon can also enrage after it chows down on a hunter.

Chow Down - Tetranadon tilts its head to its left side with its mouth open and then lunges forward to bite its target. If the move connects cleanly, the hunter is pinned down and the monster chews on them briefly before spitting them out. Tetranadon becomes empowered by the meal, inflating its belly and entering enraged mode. This move is easily avoided by dodging to the opposite side of the head tilt telegraph.

Powerful Swing - Tetranadon raises one arm and punches its target. It will often follow up with a second punch. This move comes out quite slowly and is easily dodged.

Sumo Charge - Tetranadon lunges forward, slapping its palms outward. If enraged, the monster dashes for a longer distance at greater speed and with stronger impact due to its inflated belly.

Belly Slam - Tetranadon leaps into the air and attempts to crush its target. If enraged, Tetranadon leaps much higher and in a more upright orientation as it attempts to land on its target in a sitting position, dealing significantly more damage if it connects. Both versions of the move have a large hitbox but its impact zone can easily be determined by watching for the monster's shadow.

Belly Flop - Tetranadon lifts its inflated belly with its arms and slams it on the ground in front of it. Slow move with a long windup. Simply dodge to the side to avoid itl

Seismic Stomp - Tetranadon lifts its leg and stomps the ground, crushing hunters in the immediate area and repeats with the other leg. If the monster is enraged, it takes a longer time to wind-up for a single attack but results in a stronger stomp that sends a fissure jutting out of the ground towards hunters at a distance, doubling as a ranged attack.

Furious Clap - Tetranadon raises both hands to the side and claps powerfully, sending a shockwave in a small radius that can stagger players. The clap will stun players if directly hit. If a player is stunned this way, Tetranadon will often follow up with its pin-down combo.

Pin-Down Combo - Tetranadon raises both arms up high and clutches its target. If a player is caught, they are pinned down and shaken violently by the monster. It then drops them on the ground and leaps into the air for a devastating belly slam finisher. After the monster releases the hunter from its grasp, they can perform a Wirefall to avoid the slam and punish Tetranadon as it recovers.

Rock Skipper - Tetranadon unearths a large chunk of rock and the skitters away a few paces. It then tosses the rock along the water's surface towards its target. This move has a large hitbox and should be dodged early.

Shockwave - Tetranadon slaps the water's surface with such force that it sends shockwaves towards its target. A clean hit at close to medium range can stun hunters and allow Tetranadon to follow up with its Pin-Down combo.

Water Bomb - Tetranadon spits a glob of water at its target. If enraged, the water glob is much bigger and will cause considerable knockback. Tetranadon will occasionally perform a Water Barrage variation in which it spits three globs of water up high in an arc. All such moves inflict Waterblight on contact. 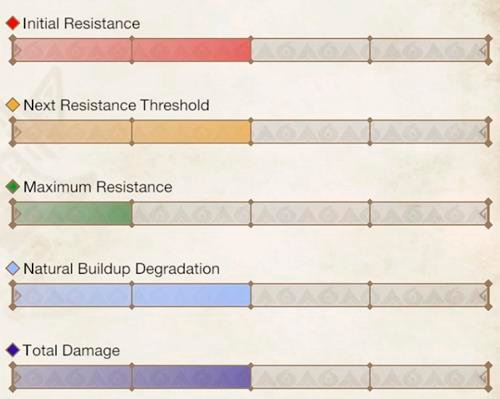 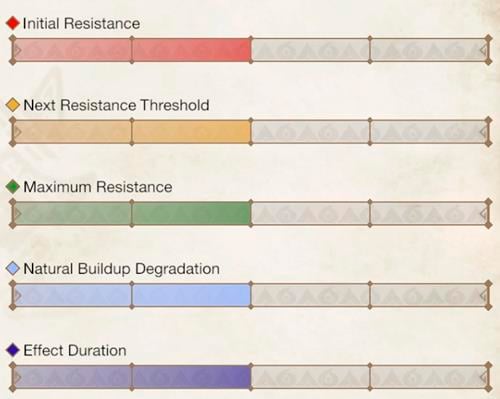 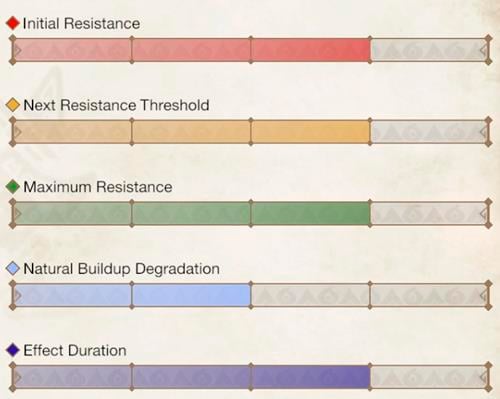 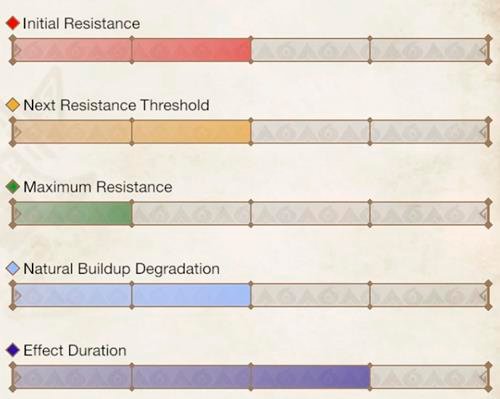 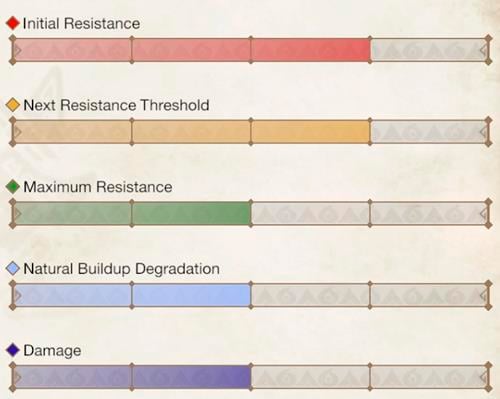 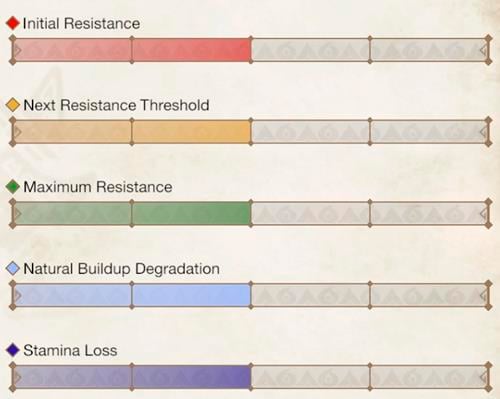 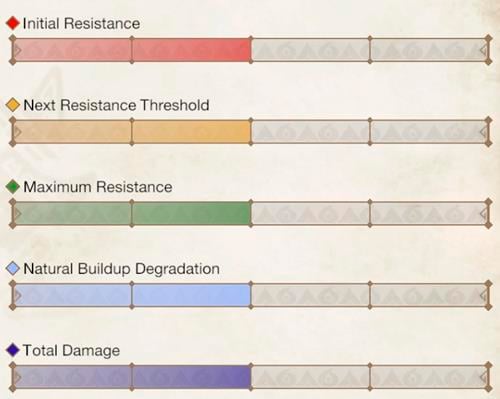 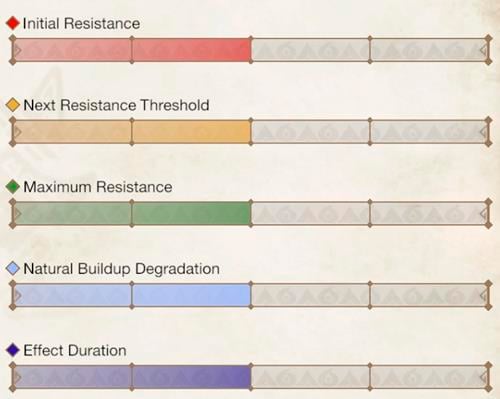 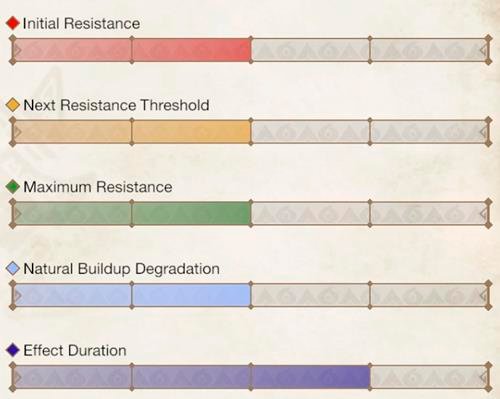 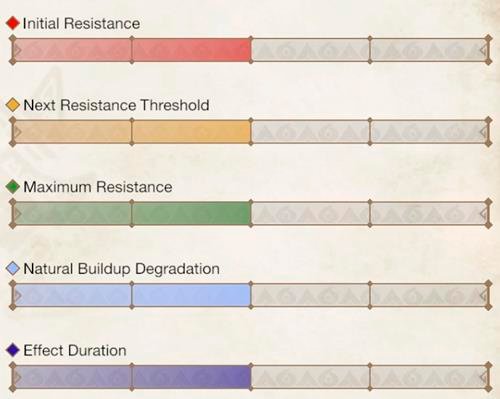 The tables below contains information on the different Items and Materials that can be obtained from the Low Rank, High Rank and Master Rank variations of Tetranadon

The table below indicates the various materials or items obtained from the Master Rank variation of Tetranadon, it also includes the percentage chance of how it can be acquired.

The table below indicates the various materials or items obtained from the High Rank variation of Tetranadon, it also includes the percentage chance of how it can be acquired.

The table below indicates the various materials or items obtained from the Low Rank variation of Tetranadon, it also includes the percentage chance of how it can be acquired.

Armor and Weapons related to the Tetranadon Monster.

Palico and Palamute Armor and Weapons related to the Tetranadon Monster.