Zinogre is a Large Monster in Monster Hunter Rise (MHR or MHRise). Zinogre is a giant wolf-like creature that is both powerful and dangerous. It has various weaknesses, including Ice and Water, and several status effect vulnerabilities like Poison, Stun, Paralysis, and Sleep. The Zinogre is an intimidating foe, but with the right strategy and knowledge, it can be defeated. Large Monsters such as Zinogre are hostile and are usually the primary objective of Hunts. They provide valuable Materials when defeated.

Fanged wyverns whose bodies are streaked with electricity. Sharp claws and strong limbs allow them to thrive in mountainous terrain. During hunts, they gather numerous Fulgurbugs to boost their power and enter a supercharged state.

In their supercharged states, Zinogre not only have different attack patterns but also become faster, hit harder, and gain immunity to Shock Traps. Staggering them, however, may knock them out of this state.

Claw Stomp - Zinogre leans towards one side, raises that side's foreleg and smashes the ground in front of it. When uncharged, it will take a moment to absorb the fulgurbugs sent floating in the air as a result of the stomp. It can also follow-up with another Stomp immediately after the first. When enraged, Zinogre will often unleash a stomp combo, smashing with one foreleg and then the other up to 4 times. Each Stomp is also infused with lightning, increasing their hitbox and inflicting Thunderblight. In both cases, dodge forward and under the stomping leg as it is raised.

Horn Uppercut - Zinogre stands on its hind legs, raising its upper body in the air. It then dips its head and scoops its target upwards with its horns, sending them flying. This attack has a very long telegraph as Zinogre takes over a second on its hind legs before executing the attack. Get out of its front side immediately.

Headbutt - Zinogre raises its head, slightly pulled back to one side and then smashes its horn downwards in front of it. It will often follow-up with a Somersault Tail Slam or perform a spinning retreat into a Claw Stomp. The Headbutt itself has a narrow hitbox and is clearly telegraphed.

Shoulder Tackle - Zinogre places one foreleg in front of the other, angling its side toward a hunter. It then throws itself forward, tackling its target with its shoulder. This move has a very large hitbox. Dodge roll around its head to avoid the attack.

Somersault Tail Slam - Zinogre turns its rear towards a hunter and then performs a backflip, sending its massive tail crashing on the ground behind it. This attack has a very long range but a narrow hitbox. It also has good tracking so don't dodge too early. Severing the monster's tail will reduce the range on this attack.

Rising Tail Sweep - Zinogre steps back slightly and then pivots on one foreleg as it swings its body in an upward spiral, whipping its tail in a large arc. Dodge underneath its tail towards its pivoting arm (pivoting on left arm, dodge to its left and vice versa) to evade the attack.

Rising Claw - Used exclusively while enraged. Zinogre stands on its hind legs and feints a Claw Stomp with its left claw. During the fake-out, it charges is right claw with electricity and then performs a Streetfighter-style rising uppercut, emiting beams of lightning that jut upwards in the shape of a claw slash. This attack deals massive damage and sends the hunter flying.

Thunderbomb - When enraged and fully charged with electricity, Zinogre lets out a roar and then performs a lightning-infused mad dash in a straight line, attempting to trample hunters. It then turns around, somersaults into the air and divebombs with its back facing the ground, causing a large lightning explosion on impact that sends several lightning bolts striking outside the impact radius. This attack hits very hard and will likely KO hunters with lower level gear. If you are consistent in applying pressure to Zinogre's head while it is enraged, it may never use this move. 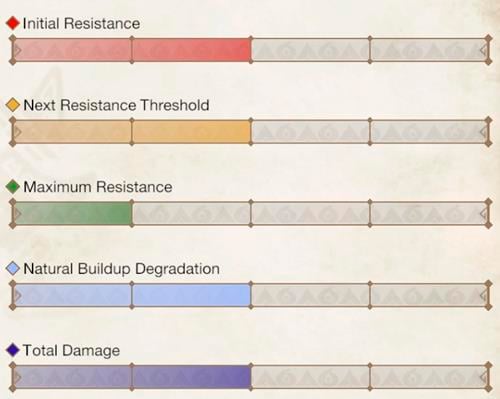 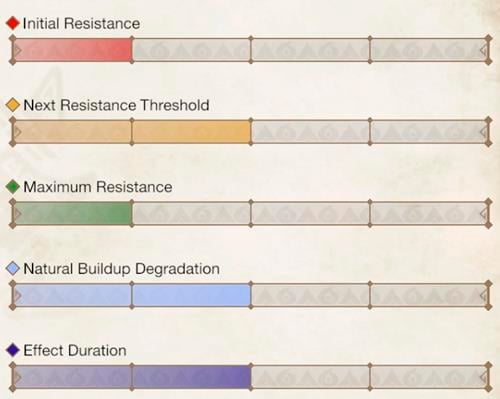 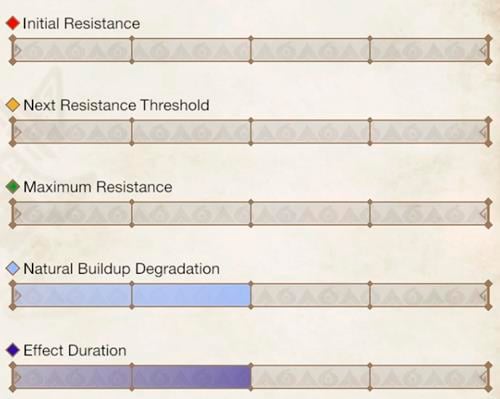 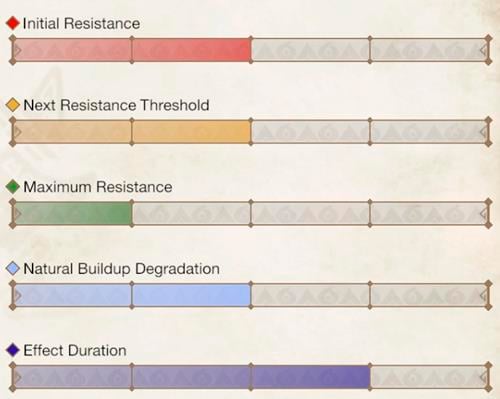 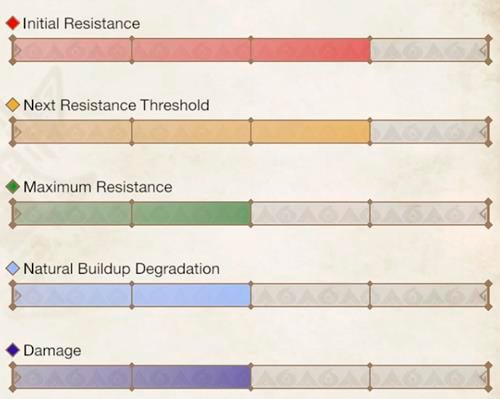 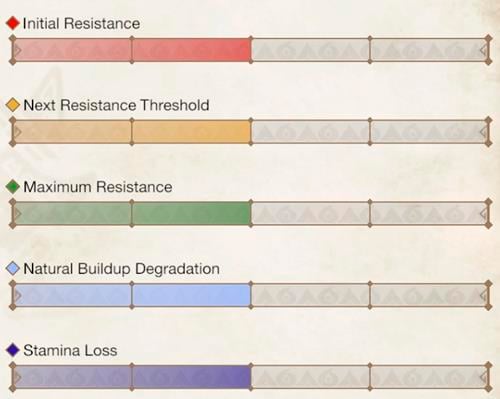 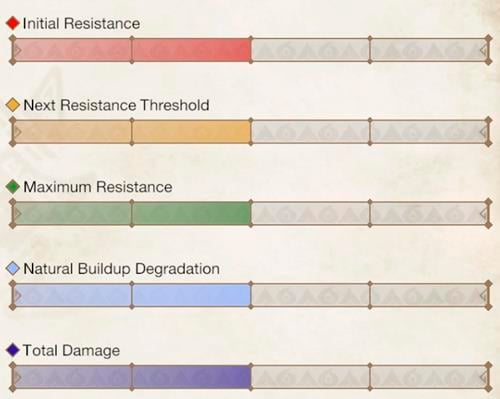 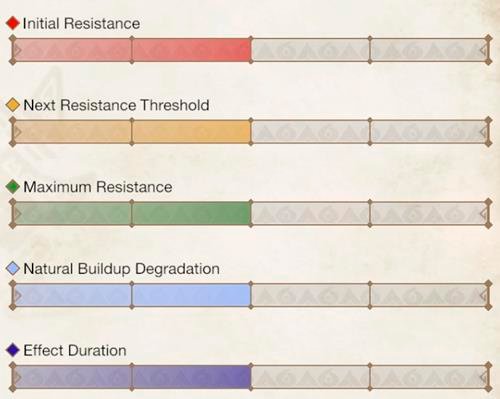 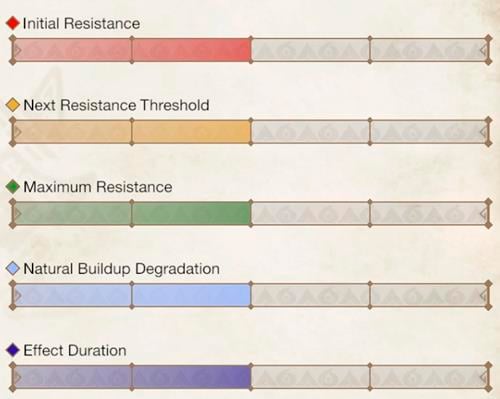 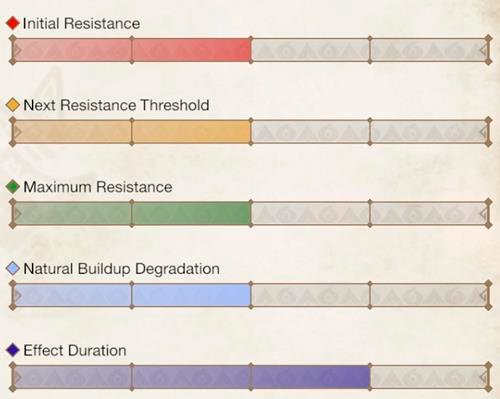 The tables below contains information on the different Items and Materials that can be obtained from the Low Rank and High Rank variations of Zinogre.

The table below indicates the various materials or items obtained from the Master Rank variation of Zinogre, it also includes the percentage chance of how it can be acquired.

The table below indicates the various materials or items obtained from the High Rank variation of Zinogre, it also includes the percentage chance of how it can be acquired.

The table below indicates the various materials or items obtained from the Low Rank variation of Zinogre, it also includes the percentage chance of how it can be acquired.

Armor and Weapons related to the Zinogre Monster.

Palico and Palamute Armor and Weapons related to the Zinogre Monster.