Nargacuga is a Large Monster in Monster Hunter Rise (MHR or MHRise). Nargacuga is a powerful monster that can be farmed for its parts and weapons in Monster Hunter Rise. This flying wyvern has major weaknesses to Thunder and Fire, and can be attacked from the shadows with its deadly tail. Large Monsters such as Nargacuga are hostile and are usually the primary objective of Hunts.

Flying wyverns that have evolved to live in thickly wooded areas. Covered in jet black fur, these cunning predators stalk their prey from the shadows and attack with ferocious speed. Their massive tails are as dexterous as they are deadly, and powerful enough to slay smaller monsters with one strike.

Nargacuga is a beast of the shadows, and becomes enraged by bright light. At the risk of missing the mark and simply riling it up further, its excellent hearing can be exploited by throwing a Sonic Bomb as it pauses to focus. It can destroy Pitfall Traps, so be discreet when placing them. Nargacuga is one of the toughest monsters in Monster Hunter Rise, and it can be a real challenge to take it down. It’s a wyvern that attacks from the air, has intimidating speed and agility, and utilizes powerful attacks. However, with the right strategy and preparation, it can be defeated.

Reposition - Nargacuga typically avoids being in front of its target and instead repositions to flank hunters by leaping to the side, usually offscreen. Try to keep track of Nargacuga at all times as it can perform any of its moves right after repositioning.

Tail Spike - Periodically, Nargacuga will transform its tail tip into a spiky tail tip, empowering all of its tail attacks.

Quick Bite - Nargacuga raises its head to the side and then lunges forward for a quick bite attack at short range. When enraged, it often follows up with a second bite. Dodge to the opposite side of where it raises its head to avoid the attack.

Tail Whip - Nargacuga winds-up for an attack by pulling its tail to one side and then swiftly flinging it in a wide arc on the opposite side. This attack will hit all the way to the monster's front unless the tail is severed. It also deals more damage if its tail is spiked. Dodge towards the side where the monster winds up its tail.

Tail Sweep - Nargacuga raises its head with its mouth open and then furiously spins 360 degrees as it sweeps hunters in the vicinity with its tail. When enraged, it follows up with a second sweep going the opposite direction. Dodge backwards but be wary of the second sweep and don't counter prematurely.

Spiked Tail Slam - Nargacuga makes a snarling sound before leaping up as it turns its rear towards a hunter, slamming down its spiky tail. This attack has moderate homing but can be sidestepped as long as you move laterally quickly enough.

Furious Tail Slam - Nargacuga walks slowly sideways as it locks eyes with its target. It then leaps upward and turns its rear towards a hunter, slamming down its spiky tail. It then follows up with a second slam. Unlike the regular tail slam, this attack has a larger hitzone and requires precise dodging to evade. Wait for Nargacuga to jump before you dodge or else the attack will connect. This variation deals very heavy damage and can instantly KO hunters with lower level armor. The attack is further telegraphed by audible cues from your hunter.

Quill Shot - Nargacuga raises its tail and swings it around. It then shoots several barbed quills at a target, dealing moderate damage. It will often follow up with a second set of quills. This attack has a minimum range and will not hit hunters if they are directly at the monster's face. Otherwise, dodge sideways as the quills fly towards you. 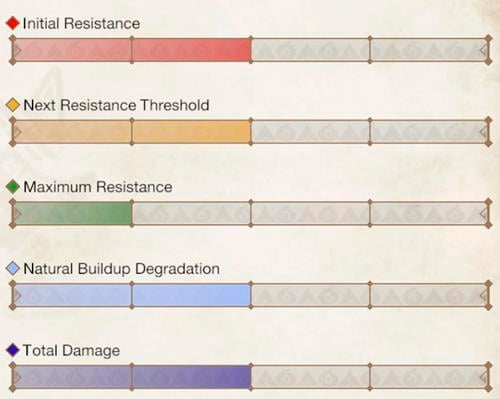 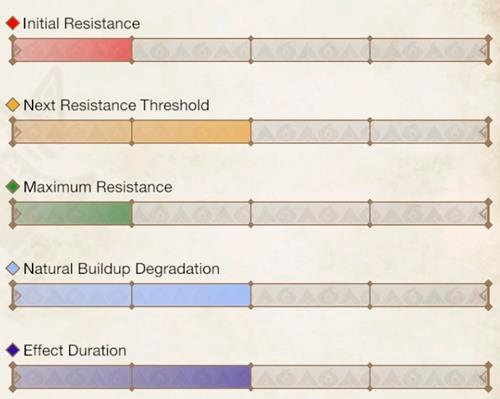 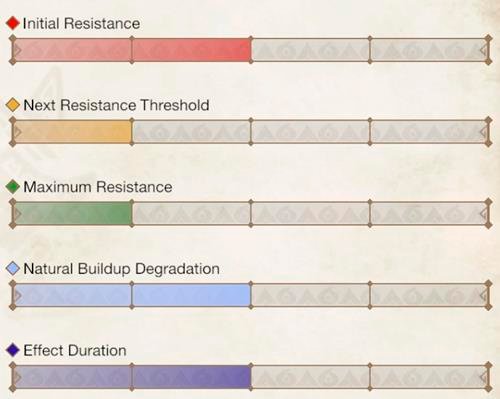 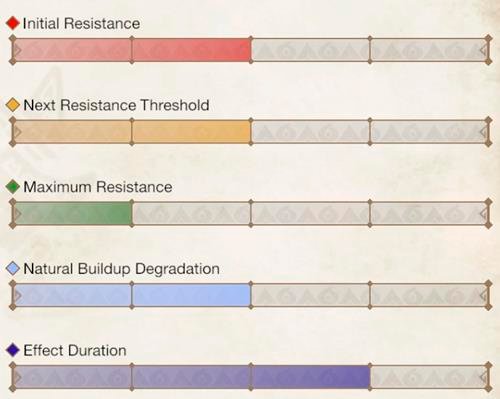 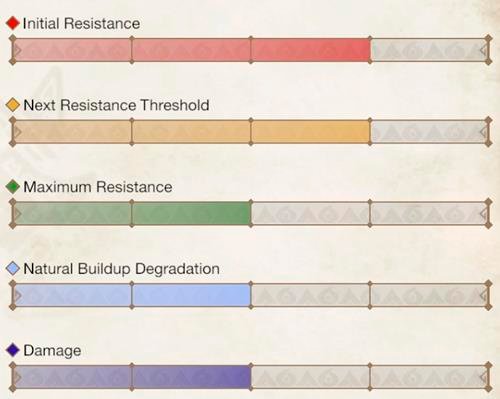 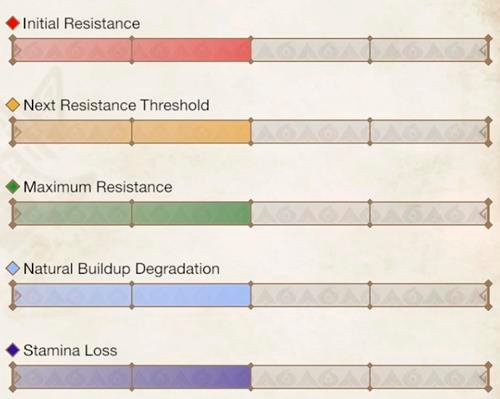 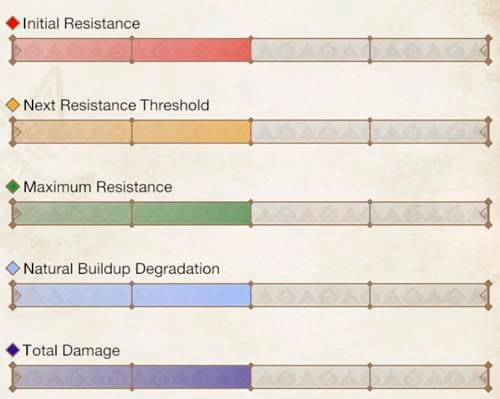 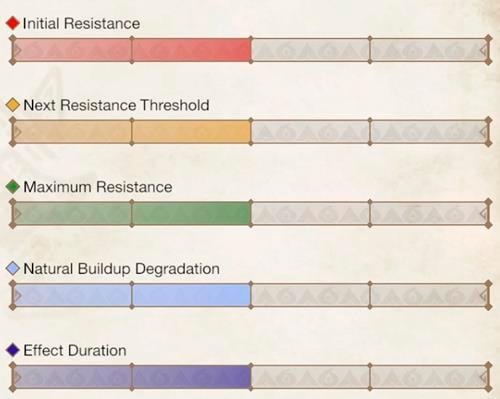 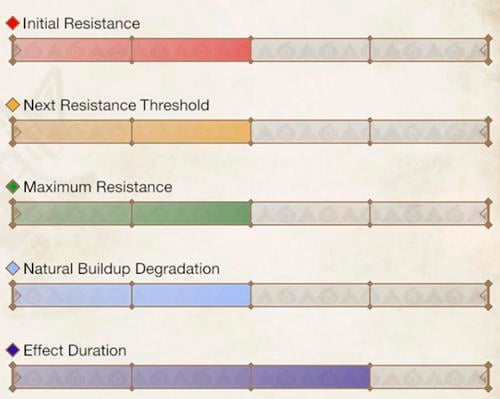 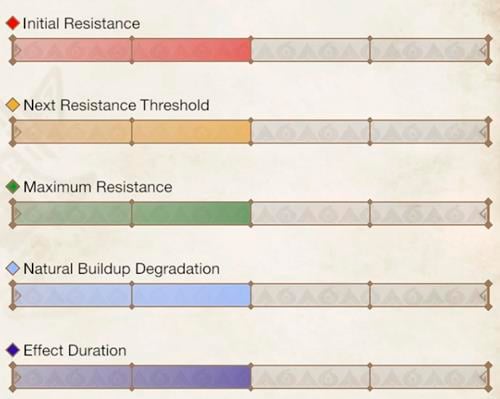 The tables below contains information on the different Items and Materials that can be obtained from the Low Rank, High Rank and Master Rank variations of Nargacuga

The table below indicates the various materials or items obtained from the Master Rank variation of Nargacuga, it also includes the percentage chance of how it can be acquired.

The table below indicates the various materials or items obtained from the High Rank variation of Nargacuga, it also includes the percentage chance of how it can be acquired.

The table below indicates the various materials or items obtained from the Low Rank variation of Nargacuga, it also includes the percentage chance of how it can be acquired.

Palico and Palamute Armor and Weapons related to Nargacuga Monster.