A monster with a carapace like tempered steel armor. The vapor around it is actually the expelling of trapped gases from the hordes of monsters Magnamalo has consumed. This has earned it the moniker "Wyvern of Malice." Its shrouded swings can inflict hellfireblight, which causes one to combust either spontaneously or when hit. Use a Deodorant or a Wirebug to rid yourself of hellfire.

The majority of Magnamalo's attacks involve its Hellfire. If you become afflicted with Hellfireblight, Wiredash to rid yourself of this status. You can counter its attacks by focusing on parts of its body that are emitting hellfire. If you can manage to ignite any of the vapor with your attacks, you can deal massive damage.

Claw Swipe - Magnamalo digs its claw into the ground and swipes in an arc in front of it, knocking away any hunters caught and dealing moderate damage. This move is accompanied by explosions when its arms are charged with Hellfire.

Quick Bite - A very short-ranged bite attack that deals light damage and has a small hitbox. Can be sidestepped or dodged backwards.

Leaping Tackle - From a distance, Magnamalo leaps towards its target and slashes them with its claw. The attack can be dodged by rolling under the monster when it's airborne. When enraged, it can follow up this move with many other attacks including firing a set of Hellfire Rain orbs as it lands.

Roll Over - Magnamalo drops to the ground, aiming its back spikes at a hunter and rolling over sideways, attempting to crush and skewer them. Easily avoided by staying near its head.

Charge Tackle - Magnamalo raises its head slightly and then dashes forward, trampling anything in its path. Dodge it likes any standard charge attacks. Roll to the side. When enraged and charged with Hellfire, Magna moves around the battlefield much faster and will often charge towards a direction and leap back at hunters performing one of its many other attacks.

Magna Clutch - Magna drags its powerful jaws across the ground in front of it, attempting to grab a hunter. If successful, it tosses the hunter sky high and detonates a cloud of Hellfire dust as they fall. The detonation portion of this combo deals immense damage and can one-shot hunters with midrange armor but you can Wirefall out of the fall animation and evade the blast completely. Make sure to always have at least 1 Wirebug charge available as this move can come out of nowhere. Magna will sometimes use an alternate version of this move where it sweeps with its jaws in a wide arc instead of the forward lunge.

Magna Stomp - Magnamalo raises one foreleg and punches down hard in front of it. It will frequently follow-up with a second stomp using the other foreleg. When outside of enraged mode, this move has a long telegraph. Dodge towards the side of its stationary arm to avoid damage.

Magna Cleave - Magnamalo leaps acrobatically into the air and slams its tail vertically into the ground. This move has a narrow hitbox and can easily be sidestepped but Magna will tend to weave this attack into many combos.

Magna Lance - Magnamalo goes into a low stance briefly, pointing its tail blade towards a hunter and then performs a mad dash towards them, stabbing its tail at the end of the dash. This move has a narrow hitbox but is accompanied by Hellfire dustclouds that travel in the same direction when the monster is enraged so ensure you are out of range before relaxing.

Hellfire Dust Blast - Magnamalo raises its upper body up high, sending clouds of Hellfire dust in several directions around its body. It then swings its upperbody around, detonating the dust. Because the dust moves outwards, it is easiest to avoid this attack by dodging through the clouds and getting close to Magnamalo.

Hellfire Rifle - Magnamalo twirls its tail around, swirling Hellfire energy in the air as it strafes sideways slowly, locking onto a hunter. When it stops, it immediately fires a large beam of Hellfire at its target over a long distance. This attack deals immense damage and knocks players far away. Anticipate the shot and dodge sideways at the last second.

Hellfire Rain - Magnamalo spins its tail up high slowly, whipping out up to 3 sets of 3 Hellfire orbs that fly in different directions. Individual orbs are easy enough to dodge as they have a small hitbox. Magnamalo will usually perform this move from a stationary ranged position but will sometimes shoot out the orbs while walking slowly. It will also sometimes follow up its Leaping Tackle move with Hellfire orbs.

Tail Swing - Magnamalo briefly slaps its tail on the ground and then performs a diagonally-spinning tail slash. When enraged, it will often perform this move 3 times in rapid succession, accompanied by Hellfire dust clouds traveling outwards. Dodge under the move where the tail rises off the ground to evade the attacks.

Divebomb - Magnamalo leaps high into the air in a twisting motion, performs a second jump and then nosedives towards its target. A direct hit will deal immense damage and can KO hunters clad in even the strongest armor.

Hellfire Divebomb - Magnamalo performs a special roar where it glows powerfully with Hellfire energy as the camera zooms out a short distance. It then charges at a hunter, zips around the battlefield, causing explosions and then leaps high up and divebombs towards the center area, causing a massive explosion and most likely one-shotting any hunters caught in the blast. Players can tell this move is coming soon when Magnamalo's Hellfire aura turns a deep purplish-red color. If you are not confident in your dodging ability, sheathe your weapon and get ready to perform an Emergency Evade.

The table below indicates the various parts of Magnamalo, including the damage values for each weapon type. This information is specific to MHRise.

The table below indicates the various parts of Magnamalo, including the damage values for each element. This information is specific to MHRise. 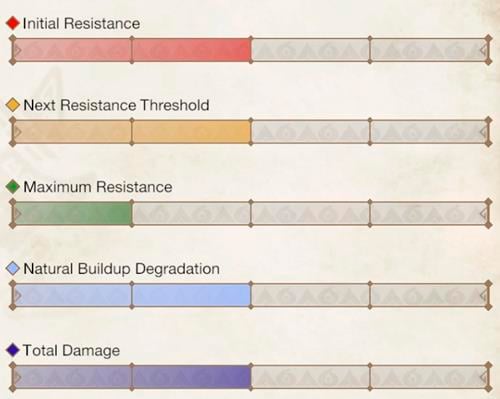 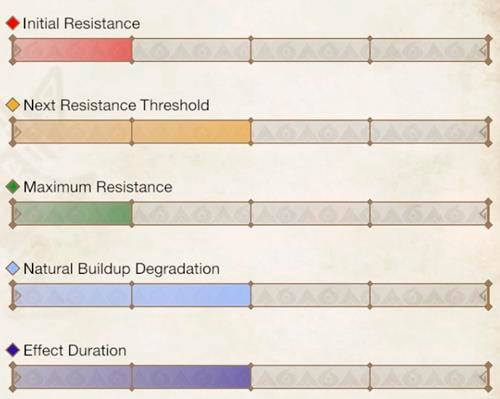 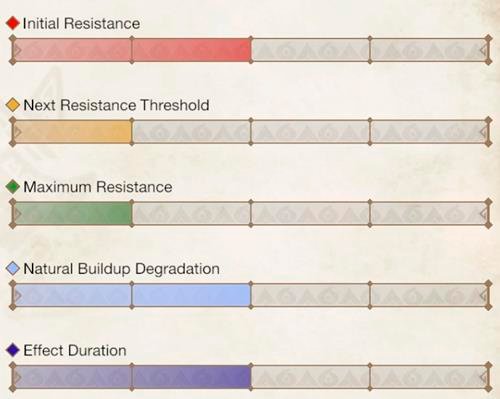 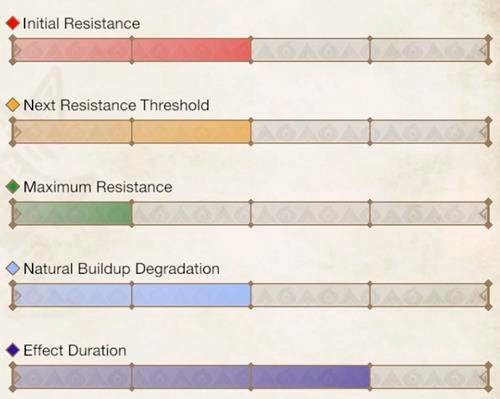 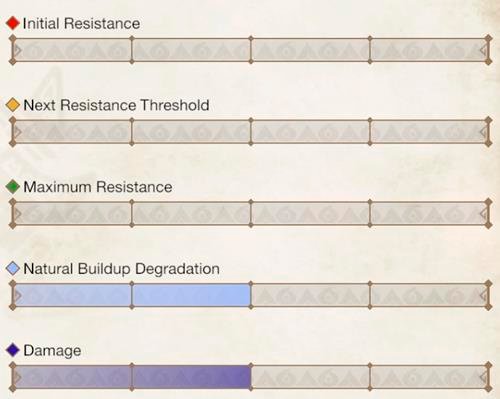 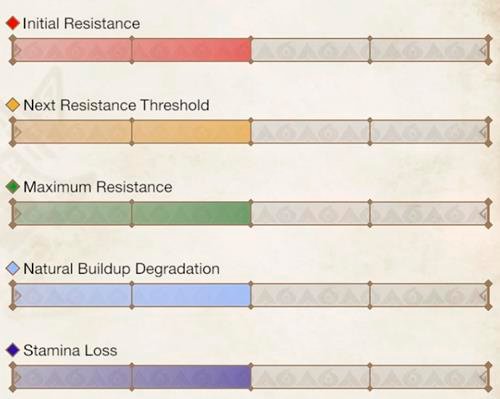 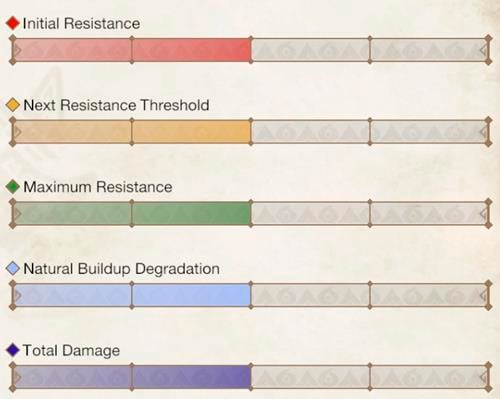 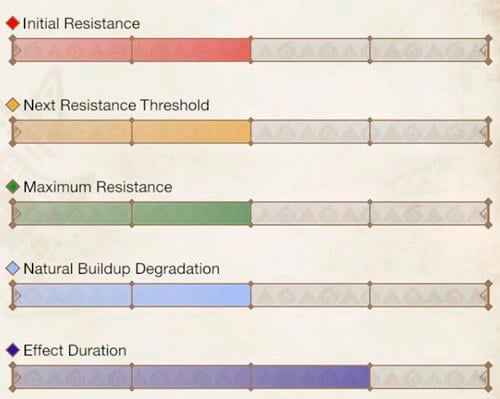 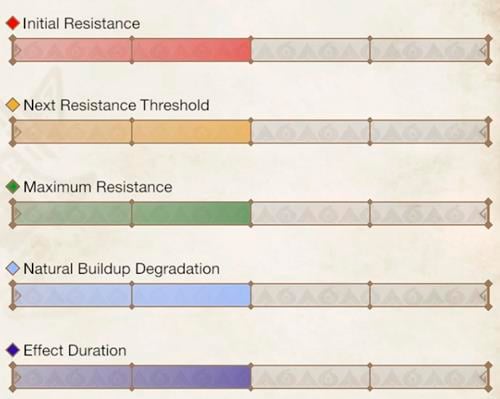 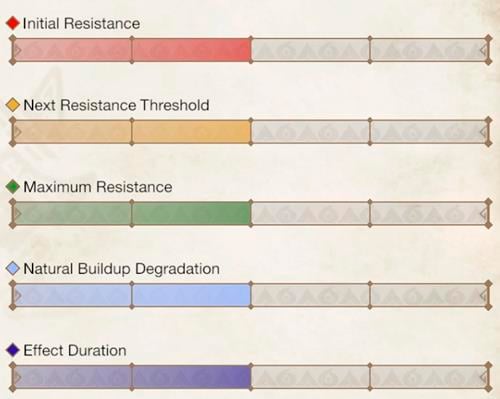 The tables below contain information on the materials that can be obtained from the Low Rank, High Rank and Master Rank variations of Magnamalo. This information is specific to MHRise.

The table below indicates the various materials obtained from the Master Rank variation of Magnamalo and the drop rates for each.

The table below indicates the various materials obtained from the High Rank variation of Magnamalo and the drop rates for each.

The table below indicates the various materials obtained from the Low Rank variation of Magnamalo and the drop rates for each.

The following are weapons and armor sets related to Magnamalo. This information is specific to MHRise.

The following are Palico and Palamute weapons and armor sets related to Magnamalo. This information is specific to MHRise.