Somnacanth is a Large Monster in Monster Hunter Rise (MHR or MHRise). Somnacanth is a powerful dragon that lurks in the Flooded Forest and the Lava Caverns and is one of the toughest monsters in the game. Taking it down requires skill, knowledge, and the right tools. Somnacanth is heavily armoured, making it difficult to damage. Its tough hide and sharp spines make it almost impenetrable, meaning that any attacks must be precise and powerful in order to have any effect.. Large Monsters such as Somnacanth are hostile and are usually the primary objective of Hunts. They provide valuable Materials when defeated.

A miraculous spring
Clear as children's song
Deep runs its stream
Elegant, but strong
A lullaby is sung
Soft sounds of seduction
Its dulcet tones inducing sleep
And serpentine destruction

A formidable aquatic serpent that crests on moonlit nights--likely why is has often been mistaken for a mermaid. It expels an intoxicating sleep powder from its neck gills and tail, knocking out prey before it can resist. Some Somnacanth sightings tell of this species making use of unusual shells, so exercise caution if you catch one swimming towards you with a shell in its claws.

While in the water, it can move about as it pleases, but it doesn't fare so well on land, so draw it out to shore for an easy hunt. If you're caught in a cloud of its sleep powder, it's lights out, use a Wirebug to leap away from it and position for a counterattack.

Claw Slash - Somnacanth raises one claw to the side and then lunges forward, slashing in a large arc in front of it. Deals moderate damage and knocks players away. Dodge towards its other claw to evade the attack.

Head Whip - Somnacanth raises its head, dangling its giant head fin behind it. It then swings its entire head, whipping its fin in a very large arc to deal moderate damage and knock players away. When you see its head move, dodge to the opposite side which is the safest area. When it completes the attack, Somnacanth will lay its head down for about 2 seconds during which it is vulnerable to a counter attack. Take this opportunity to deal some punishment.

Quill Shot - Somnacanth whips its head in an arc, shooting out several quills in an arc at the ground in front of it. The quills persist on the ground for a few seconds. Walking into them will trip the hunter. Be wary as these quills have a high stun property and can stun hunters on a direct hit or two hits when they're on the ground.

Rising Dash - Somnacanth lowers its head while making a snarling noise and then dashes along the water in a straight line with an up and down bobbing movement. Shortly after, it leaps straight up, uppercutting any hunters in the area and sending them sky high. The dash has a narrow hitbox and is ideally when you should dodge to the side.

Twisting Divebomb - Somnacanth lowers its body while letting out a cry, it then leaps sky high, twisting around and diving towards a hunter. This move has a narrow hitbox and can be sidestepped.

Body Slam - Somnacanth drums its belly with its hands briefly before raising both arms. It then dives forward and slams its body to the ground, crushing anything in the area. This attack is clearly telegraphed and easy to avoid. Get a few free hits in after it slams as the move has a long recovery.

Linear Sleep Breath - Somnacanth raises its head and makes a hissing sound. It shoots a cloud of a soporific substance in a large beam directly in front of it, putting hunters to sleep on contact. Dodge to either side of the monster and take this opportunity to attack as the breath has a long animation, leaving the monster vulnerable for several seconds. If hit by the cloud, consume an Energy Drink immediately to prevent yourself from falling asleep.

Sweeping Sleep Breath - Somnacanth raises its head facing either to the left or the right as it makes a hissing noise. It then breathes out its soporific cloud in a slow, sweeping motion to the opposite side. The attack comes out very slow but speeds up as it reaches the middle of the arc. When Somnacanth postures for the attack, dash towards its side or back and begin attacking as the breath animation is very long, leaving the monster vulnerable. Take care not to get in the breath's path. You can use a vertical Wiredash to leap over the breath in case getting to the monster's side is not an option.

Siren Song - Somnacanth raises its head up high channeling energy and making a singing noise as it sways its head in small circles. When fully charged, it expels its soporific cloud directly downwards, sending the clouds expanding in a ring formation outwards from its body. Stand a short distance away from Somnacanth as it begins channeling and use a vertical Wiredash to leap over the clouds and take this time to attack the monster as it will remain stationary for a few seconds after the attack.

Backstroke - Somnacanth assumes a backward swimming stance with its belly up. While in this stance, it may swim around in an erratic pattern, releasing sleep clouds several times in random locations.

Shell Burst - While swimming around in its backstroke stance, Somnacanth may pick up a clam from underwater, holding it up briefly before cracking it open. Take note of the shell's color as each results in a different attack: 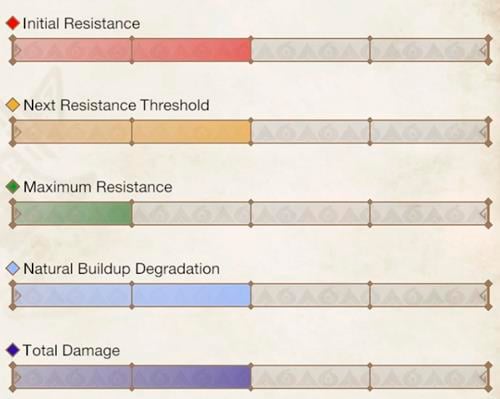 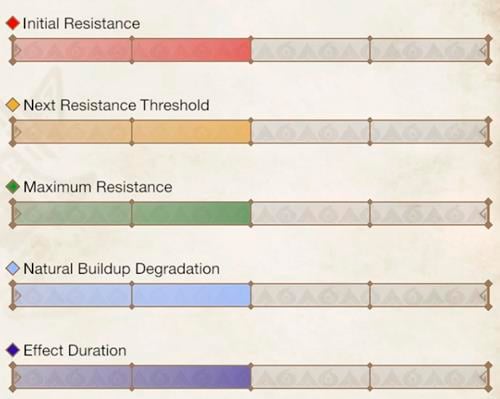 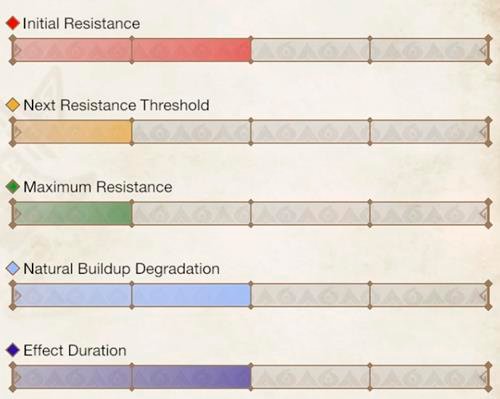 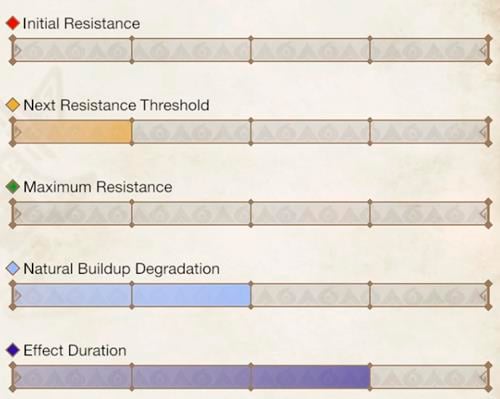 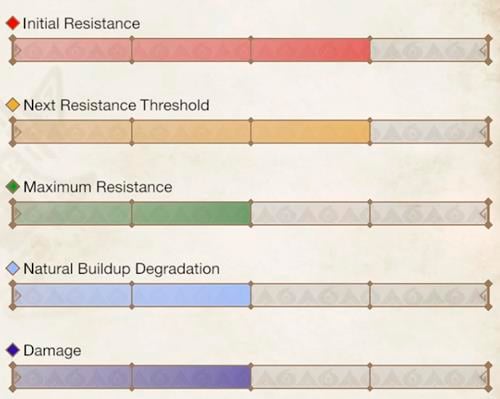 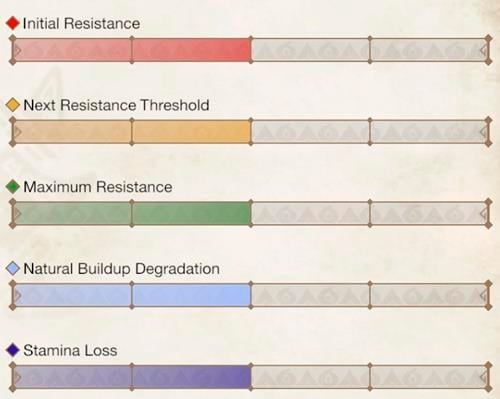 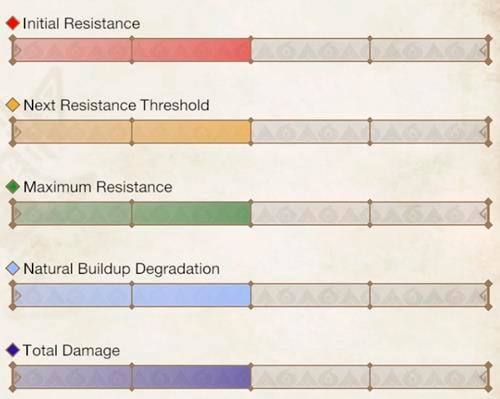 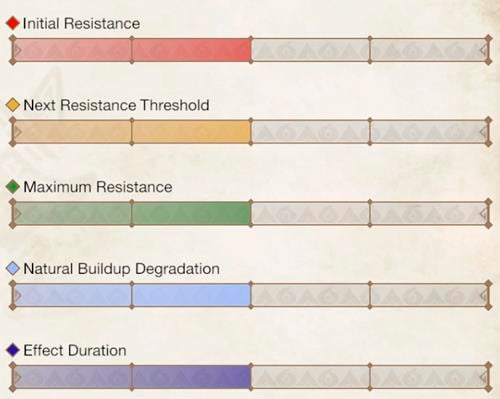 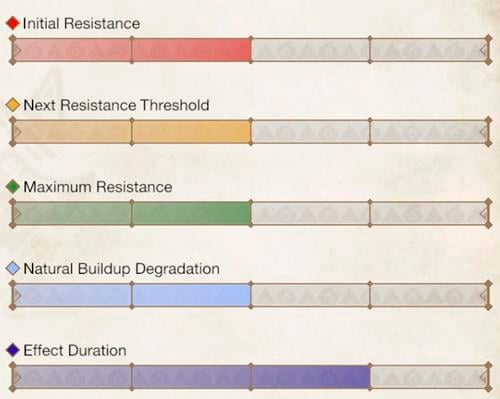 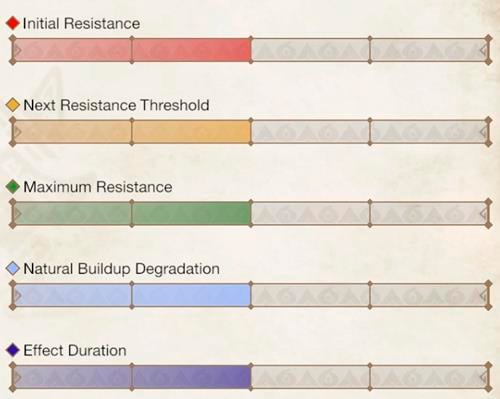 The tables below contains information on the different Items and Materials that can be obtained from the Low Rank and High Rank variations of Somnacanth.

The table below indicates the various materials obtained from the Master Rank variation of Somnacanth and the drop rates for each..

The table below indicates the various materials or items obtained from the High Rank variation of Somnacanth, it also includes the percentage chance of how it can be acquired.

The table below indicates the various materials or items obtained from the Low Rank variation of Somnacanth, it also includes the percentage chance of how it can be acquired.

Armor and Weapons related to the Somnacanth Monster.

Palico and Palamute Armor and Weapons related to the Somnacanth Monster.