Diablos is a Large Monster that appears in Monster Hunter Rise (MHR or MHRise). Diablos is a large, bipedal wyvern with a fierce attitude and an armor-like shell of hard scales that make it difficult to injure. Diablos is typically found in the sandy deserts of the Sandy Plains, although it can also be seen in the Lava Caverns and the Flooded Forest. Diablos has a reddish-brown body that is covered in thick scales, with a long, spiky tail and two large horns jutting out of its skull. Its wings are broad and powerful, allowing it to fly at high speeds. Its eyes glow a menacing yellow, and it screams in a terrifying manner that can be heard from miles away. Large Monsters like Diablos are hostile and are usually the primary objective of Hunts. They provide valuable Materials when defeated.

The wide plains of the desert
A heated battle ground
Suddenly, a rumbling
A world-shattering sound
Twin horns split the sand below
No longer earthbound
For this is the true ruler
Of this dry dystopia
Trespassers shall be punished
Protect thy cornucopia

Known as the "Tyrant of the Desert." The Diablos is extremely territorial and will use its massive horns to charge at invaders. Diablos have the ability to borrow underground and use this ability to strike from below, however, their sensitive ears make them susceptible to Sonic Bombs. Despite their predatory appearance, they are herbivorous and mostly feed on cactus.

Diablos can be forcibly brought to the surface by using loud sounds. And its charging attack, while devastatingly powerful, can be baited into colliding with anthills, momentarily getting the Diablos stuck.

Gore - Diablos' most common form of attack. It swivels its entire body from one side to the other and then in the opposite direction, attempting to impale hunters with its massive horns. This attack deals heavy damage and knocks players away. It has a very large hitbox, especially in the front of the monster but can also clock hunters from its flank.

Side Tackle - Diablos angles its side towards hunters and then forcefully bashes its entire body sidewards, sending hunters hit flying. This move has a very large hitbox and can catch hunters even from behind the attack's direction. Watch your positioning!

Charge Attack - Diablos will frequently charge at hunters attempting to impale them. Diablos' charging attacks are exceedingly dangerous, especially if the horns are intact and can result in a KO if hunters are not sufficiently prepared. Diablos performs three different variants of its charge with very subtle differences.

Burrowing Strike - Diablos dives into the ground and begins burrowing towards its target. Its path is indicated by crumbling debris. When it reaches its target, it bursts forth underneath them, dealing devastating damage and launching hunters caught in the attack. If the Diablos is enraged, it will burrow a short distance away from its target and then violently jump out of the ground towards them, bashing them with its horns. This enraged version hits twice, once as the monster lands and then the follow up horn bash. Shield users beware of this double hit and do not end your guard prematurely. If you are not confident with your dodging ability, sheathe your weapon immediately when you see the Diablos dive underground and prepare to do an Emergency Evade.

Tail Sweep - Diablos lowers its head and tilts it sideways and then sweeps its tail in a near 180-degree arc and then once more, returning it to its original orientation. Be aware of the double spin and do not commit to a counter until both sweeps are done.

Tail Smash - Diablos quickly turns backwards and whips its tail aggressively at the ground behind it, sending a large chunk of debris hurtling towards hunters. It often does this when hunters keep their distance.

The table below indicates the various parts of Diablos, including the damage values for each weapon type. This information is specific to MHRise.

The table below indicates the various parts of Diablos, including the damage values for each element. This information is specific to MHRise. 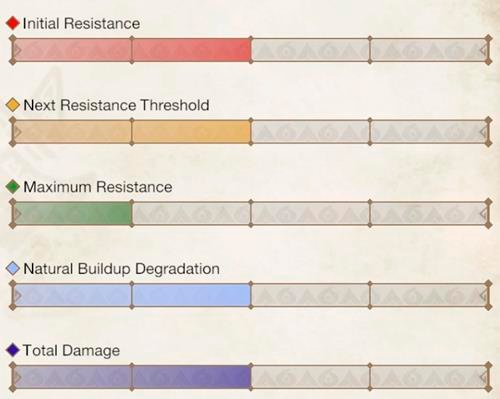 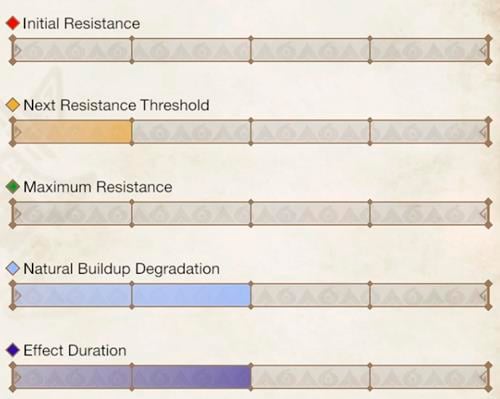 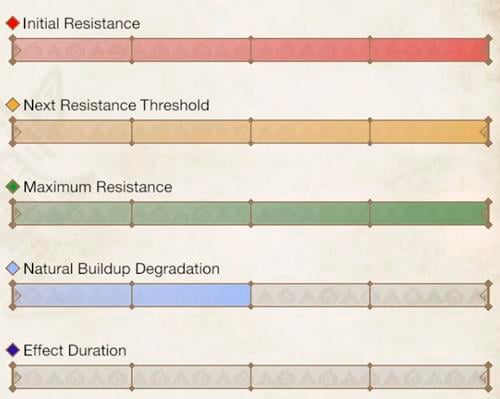 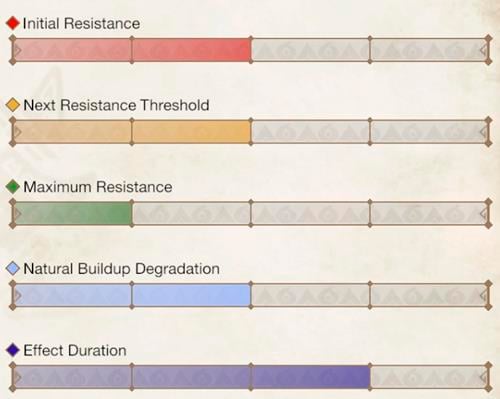 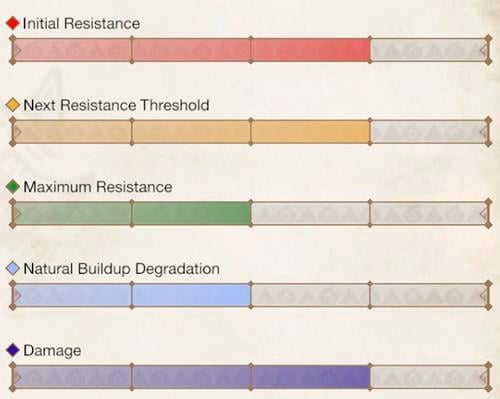 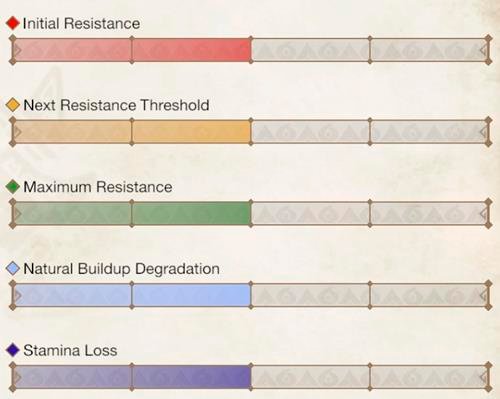 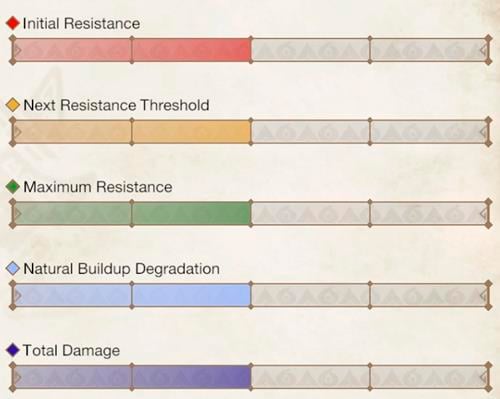 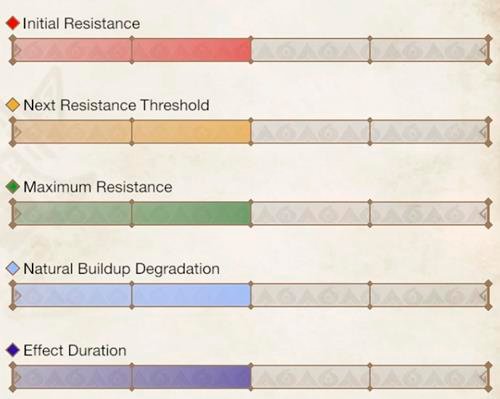 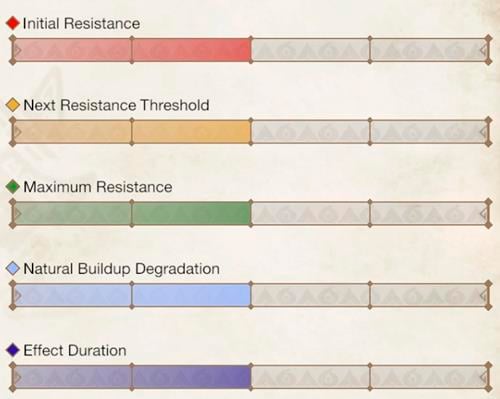 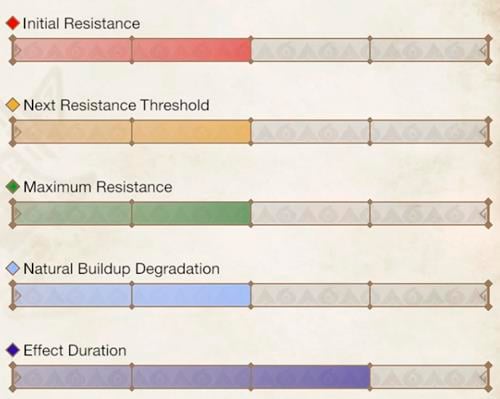 The tables below contain information on the materials that can be obtained from the Low Rank, High Rank and Master Rank variations of Diablos. This information is specific to MHRise.

The table below indicates the various materials or items obtained from the Master Rank variation of Diablos, it also includes the percentage chance of acquiring the materials.

The table below indicates the various materials obtained from the High Rank variation of Diablos and the drop rates for each.

The table below indicates the various materials obtained from the Low Rank variation of Diablos and the drop rates for each.

The following are weapons and armor sets related to Diablos. This information is specific to MHRise.

The following are Palico and Palamute weapons and armor sets related to Diablos. This information is specific to MHRise.