Tobi-Kadachi is a Large Monster in Monster Hunter Rise (MHR or MHRise). Tobi-Kadachi is a fierce, electric-type monster found in the Shrine Ruins in Monster Hunter Rise. It is one of the many monsters that the protagonist must defeat in order to progress through the game. Its body is covered in brown-colored fur and sharp claws. Its most distinguishing feature is its large pair of wings, which allow it to fly and maneuver quickly. Its head is adorned with a mane of fur and it has electric sacks on its back, which it uses to create electrical charges to attack its prey. Tobi-Kadachi can be found in the Shrine Ruins. Large Monsters such as Tobi-Kadachi are hostile and are usually the primary objective of Hunts. They provide valuable Materials when defeated.

A fanged wyvern that flies among the treetops. Its penchant to brush against the ground and the trees as it moves around builds up static electricity within its fur. This action allows it to reach a charged stated -- identified by its glowing fur -- in which its head and tail attacks are said to be particularly lethal.

Tobi-Kadachi can be found in the Shrine Ruins in Monster Hunter Rise. It tends to lurk in the higher areas of the Ruins, as it can easily reach its prey from the air. Its electric sacks are also more effective at higher levels, as the electricity can travel further and spread faster.

Always keep the Tobi-Kadachi in your sights to avoid being ambushed from behind. The key to defeating this monster is to immobilize it and prevent it from reaching a charged state. If you can make use of endemic life to afflict it with waterblight, it'll no longer be able to charge itself up.

Vicious Bite - Tobi-Kadachi pivots its body to one side with its head turned towards its target. It opens its jaw and lunges forward, taking a bite at the hunter. Be wary of this attack as the monster will often use a double lunge variation and the attack has such excellent tracking that the monster can do a complete 180 degree turn for the second bite if the first one was dodged. The attack deals heavy damage, more so when Supercharged but has a narrow trajectory and can be sidestepped.

Claw Swipe - Tobi-Kadachi pivots to one side and raises one foreleg before slashing furiously at a target. Dodge underneath its swinging arm or towards the opposite arm to avoid the attack.

Leaping Strike - Tobi-Kadachi lowers its head and then leaps toward a target, clawing/biting at them as it lands. The attack has a narrow hitbox and can be sidestepped.

Gliding Attacks - Tobi-Kadachi leaps into the air and stretches the skin on its underside to glide in the air briefly. It locks onto a target and performs one of two moves:

Backflip Tail Slam - Tobi-Kadachi swings its rear towards a hunter and then leaps upwards, performing a back flip and slamming its large tail on the ground, crushing any hunters caught in the vicinity. The swinging motion does not deal damage and serves more as a telegraph for the imminent slam, which does deal massive damage but has a narrow hitbox. Dodge immediately to the side as the monster swings its backside towards you.

Quill Shot - From a distance, Tobi-Kadachi raises its head very briefly and then quickly spins 360 degrees, ejecting sharp quills from its tail. It can quickly follow up with 2-3 quill shots in one combo. Be wary of this move as the quills not only have high stun properties but when Kadachi is Supercharged, it also shoots electrified quills which inflict Thunderblight. Each quill has a narrow hitbox but follow-up shots can be extremely quick. Be careful not to get caught in a flurry of quills.

Tail Sweep - Kadachi lowers its head and snarls before spinning 360 degrees, whipping its tail in a medium radius. Dodge backwards or through the tail to avoid the attack.

Tail Slap - Kadachi raises its tail straight up before slapping it from one side to the other. It performs this attack when hunters linger behind it for too long. Dodge towards its side to avoid the attack. 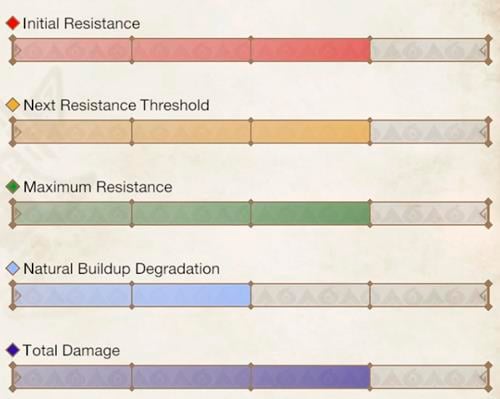 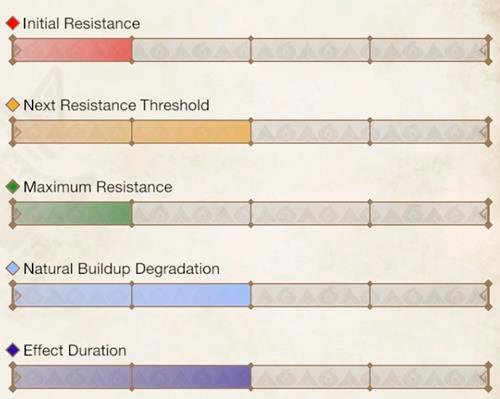 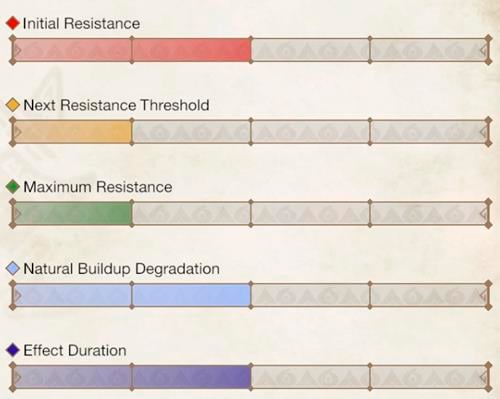 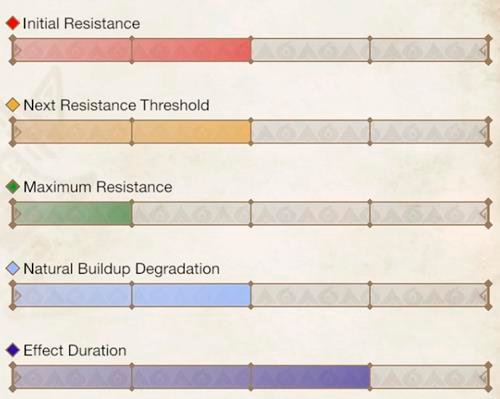 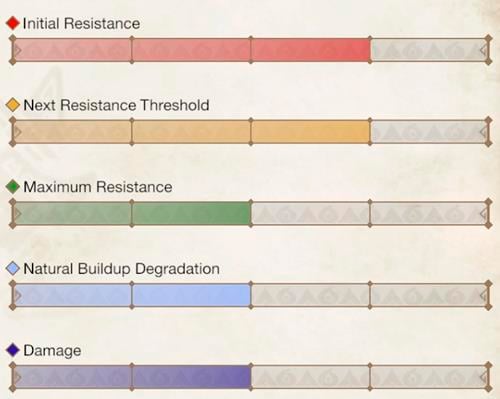 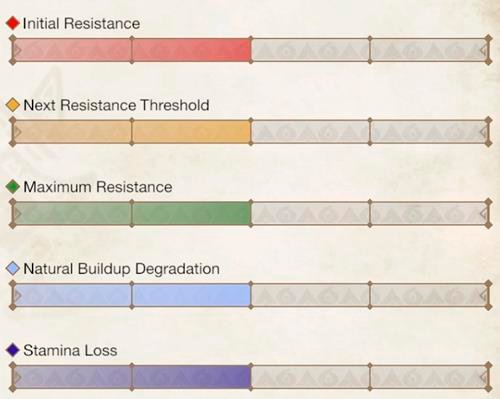 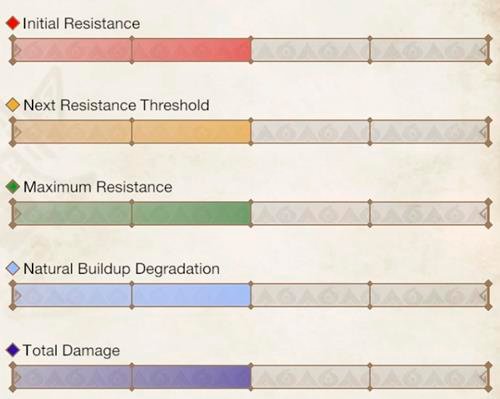 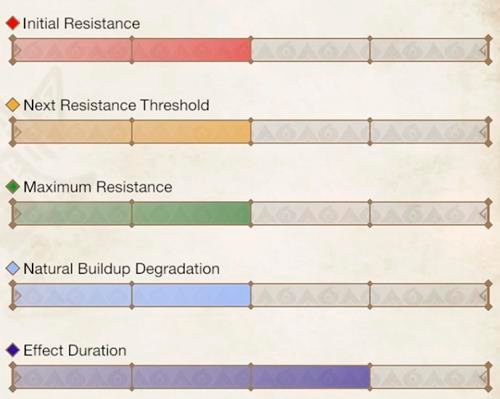 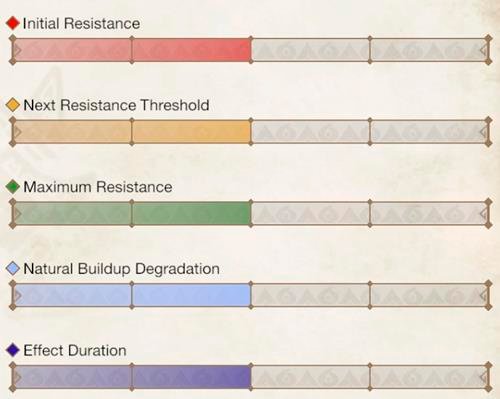 The table below indicates the various materials or items obtained from the Master Rank variation of Tobi-Kadachi, it also includes the percentage chance of how it can be acquired.

The table below indicates the various materials or items obtained from the High Rank variation of Tobi-Kadachi, it also includes the percentage chance of how it can be acquired.

The table below indicates the various materials or items obtained from the Low Rank variation of Tobi-Kadachi, it also includes the percentage chance of how it can be acquired.

Armor and Weapons related to the Tobi-Kadachi Monster.

Palico and Palamute Armor and Weapons related to the Tobi-Kadachi Monster.