Kulu-Ya-Ku is a Large Monster that appears in Monster Hunter Rise (MHR or MHRise). Large Monsters like Kulu-Ya-Ku are hostile and are usually the primary objective of Hunts. They provide valuable Materials when defeated.

A bird wyvern that has developed limbs capable of carrying objects. It has been spotted stealing eggs from nests. If attacked while carrying an egg, it will drop the egg in fright and flee. When engaged, a Kulu-Ya-Ku will dig up a small boulder to shield itself against threats or use in its attacks.

A Kulu-Ya-Ku uses small boulders to shield itself or smash against its enemies. Force it to drop whatever it's holding by staggering or blinding it, or if it's holding a cracked boulder, attack it to break it.

Frenzied Swipe - Kulu-Ya-Ku postures up, raising one claw slightly and then lunges forward for a very quick two-hit claw swipe. Has a narrow hitbox and can easily be sidestepped. When enraged, the monster can perform this move up to 3 times in quick succession.

Pecking Combo - Kulu-Ya-Ku pulls its head up and then quickly pecks four times in rapid succession as it inches forward. Can easily be sidestepped. When Kulu-Ya-Ku is tired, it will rarely perform an alternate version of this move with much slower, staggered pecks moving from side to side. The final hit in this alternate version will get Kulu-Ya-Ku's beak stuck in the ground, giving you a few seconds to get a few free hits in.

Talon Strike - Kulu-Ya-Ku hops back a few paces and then leaps at its target, swiping at them with its powerful talons. Like most of Kulu-Ya-Ku's attacks, this has a very narrow hitbox and is easily dodged or sidestepped.

Dig - Kulu-Ya-Ku begins digging at the ground and quickly unearths a small boulder. It gains access to some new attacks, using the boulder as a powerful weapon, adding damage and high stun values to all its attacks. The boulder is also extremely hard and protects the monster's head temporarily as it will cause many attacks to bounce off. When the boulder takes enough damage, it will break. You can also make Kulu-Ya-Ku drop its boulder by startling it using Flash Bombs and other similar blinding effects or dealing enough damage to its other parts to cause it to flinch. The boulder will also break naturally if Kulu-Ya-Ku scores hits but watch out when it is enraged. If it breaks a boulder with an attack while enraged, it may sometimes dig a second boulder very quickly with a different animation and follow up with a smash attack. Occasionally, Kulu-Ya-Ku will unearth a pot instead, which functions the same but is much easier to break and doesn't cause weapons to bounce off. Kulu-Ya-Ku will use the following attacks when it is holding one of these objects:

The table below indicates the various parts of Kulu-Ya-Ku, including the damage values for each weapon type. This information is specific to MHRise.

The table below indicates the various parts of Kulu-Ya-Ku, including the damage values for each element. This information is specific to MHRise. 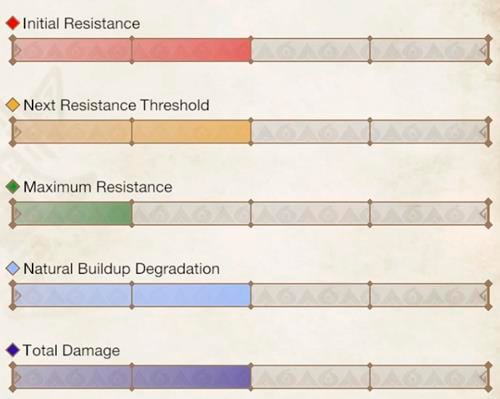 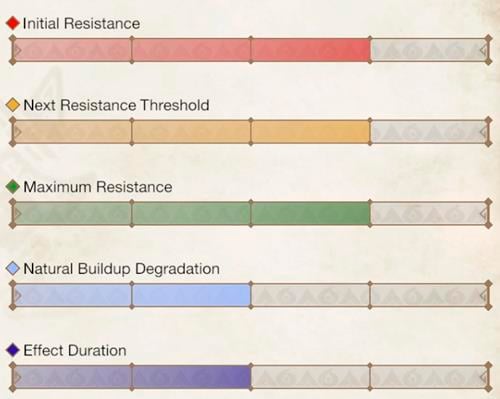 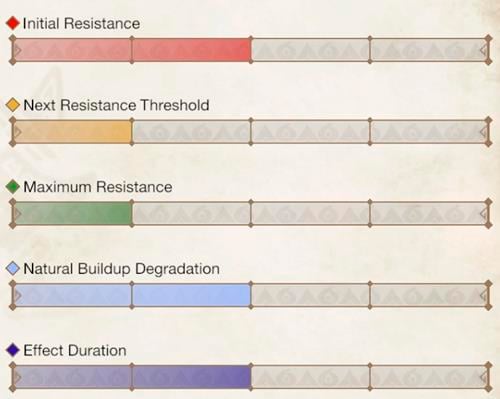 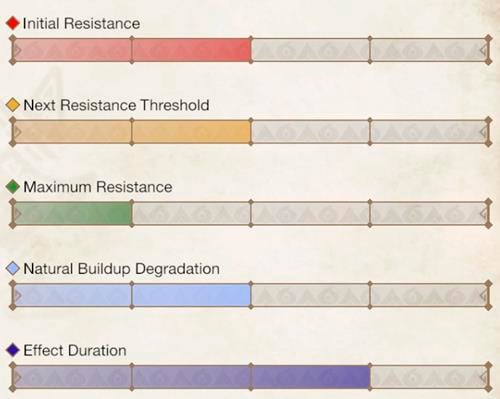 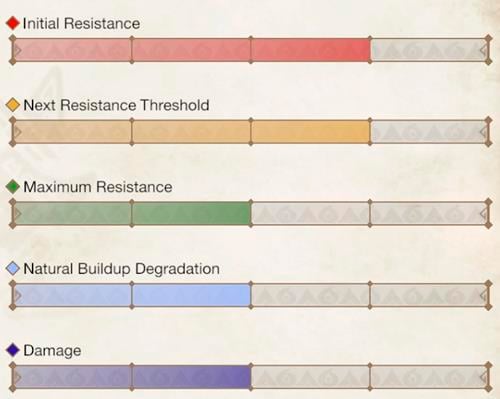 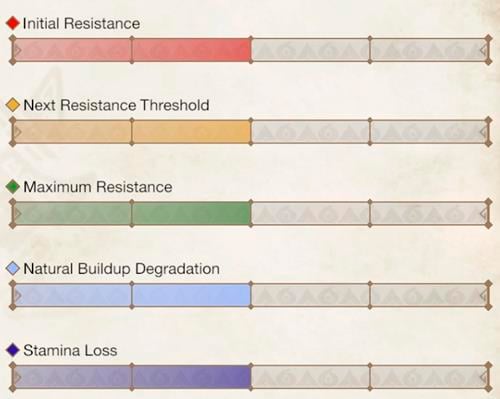 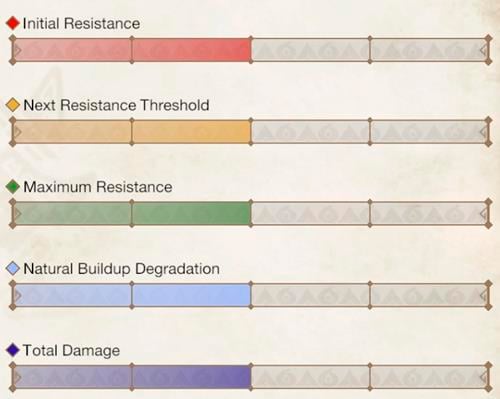 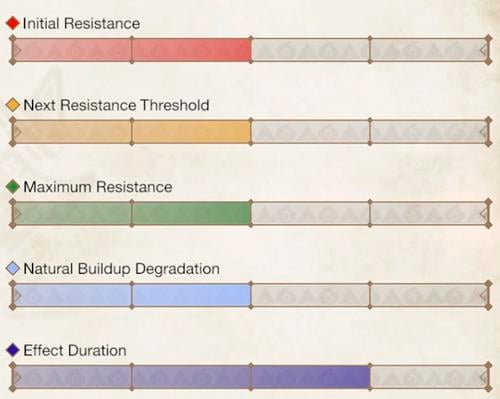 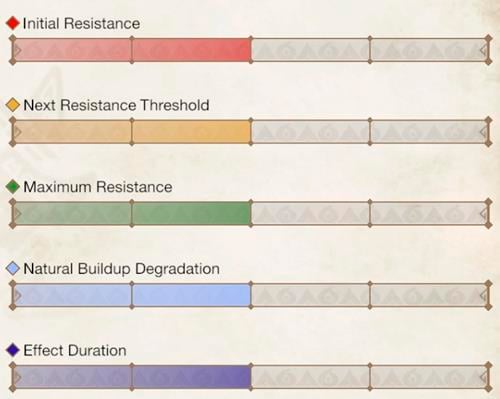 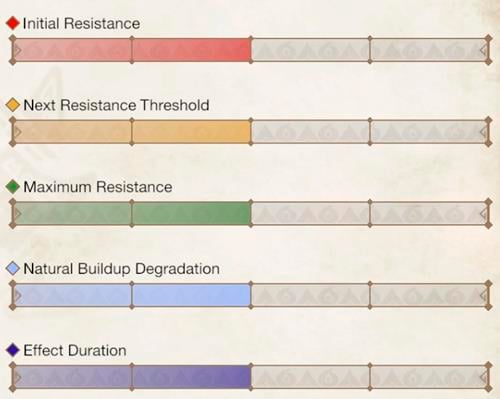 The tables below contain information on the materials that can be obtained from the Low Rank, High Rank and Master Rank variations of Kulu-Ya-Ku. This information is specific to MHRise.

The table below indicates the various materials obtained from the Master Rank variation of Kulu-Ya-Ku and the drop rates for each.

The table below indicates the various materials obtained from the High Rank variation of Kulu-Ya-Ku and the drop rates for each.

The table below indicates the various materials obtained from the Low Rank variation of Kulu-Ya-Ku and the drop rates for each.

The following are weapons and armor sets related to Kulu-Ya-Ku. This information is specific to MHRise.

The following are Palico and Palamute weapons and armor sets related to Kulu-Ya-Ku. This information is specific to MHRise.