Tigrex is a Large Monster in Monster Hunter Rise (MHR or MHRise). Tigrex is a fierce and powerful monster is a large and muscular wyvern that can be found in the Lava Caverns and Frost Islands. It is one of the most feared monsters in the game and is known for its relentless aggression and powerful strikes. It is able to use its massive claws and tail to lash out at hunters, and has a powerful roar that can stun even the bravest of warriors. As a flying monster, it is able to jump and glide to avoid attacks, and can also use its wings to send powerful gusts of wind at its foes. Large Monsters such as Tigrex are hostile and are usually the primary objective of Hunts. They provide valuable Materials when defeated.

Flying wyverns whose primitive origins are obvious. Prone to violence, they display incredible ferocity with their claws, jaws, and developed limbs. They inhabit a wide area searching for prey, and have even been spotted in regions of harsh cold.

The Tigrex's Charge is swift, vicious, and far-reaching. During the hunt, keep to its side to stay outside its range; let it keep charging and eventually it will tire and slow down, opening itself up to your counterattack.

Relentless Charge - Tigrex postures up and opens its mouth before dashing forward in relentless pursuit of its target. Tigrex has a very large hitbox while charging so learn to anticipate its charges and get out of the way. You can also dodge through and under Tigrex's wing but the timing for this is very tight. Remain vigilant when Tigrex is charging as it can quickly change direction and charge again, especially when it is enraged. Tigrex can also follow-up a charge with a very quick Tail Spin.

Tigrex Roar - Tigrex's roar is so powerful that it can knock away and deal damage to hunters who are too close. Watch it closely as it telegraphs its roars by planting its forelegs firmly into the ground with its head raised high. Maintain your distance or anticipate the roar and dodge roll it the very last second.

Bite - Tigrex faces a hunter, opens its maw and then lunges forward. Deals moderate damage and has a narrow hitbox. An alternate version of this attack sees Tigrex winding up by raising its head diagonally whilst opening its jaws. It then lunges with a double bite attack that hits in a short cone in front of it, dealing moderate damage. Dodge through and to the side to evade. Tigrex can follow-up its charge attacks with the double bite version.

Boulder Hurl - Tigrex raises its head up high and slams one of its forelegs into the ground with enough force to shoot a boulder at its target. Depending on the locale and terrain, the boulder may inflict an elemental blight. For example, in the Frost Islands, this move with cause the Iceblight effect on a direct hit.

Leaping Body Slam - Tigrex lowers its body ever so slightly and then leaps towards a target, attempting to crush them with its body. This move comes out quick and does not have a very obvious tell. You can dodge towards the Tigrex and under it as it flies through the air.

Tail Sweep - Tigrex leans towards one of its forearms very briefly and then spins 360 degrees as it whips its tail around. Either dodge through the tail opposite its direction or get out of the attack's medium radius. Tigrex will often follow-up its charges with a Tail Spin.

Tail Slap - If hunters stay near its rear for too long, Tigrex may perform a double tail  slap from side to side. Deals light damage but knocks players away.

The table below indicates the various parts of the monster, including the different elements that are weak to it. This information is specific to MH Rise 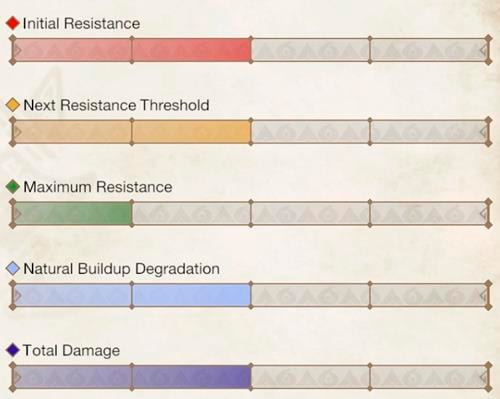 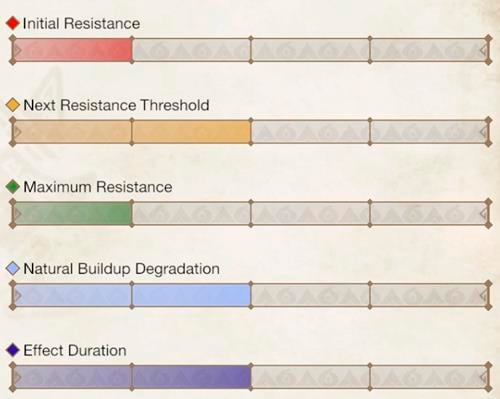 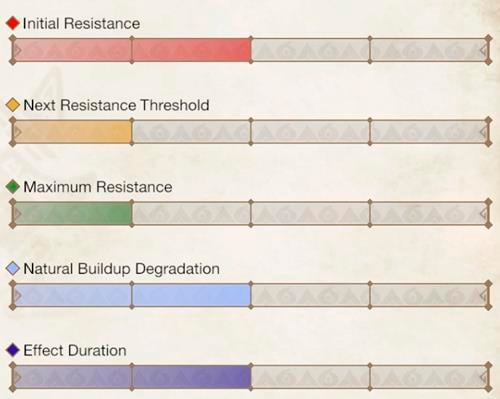 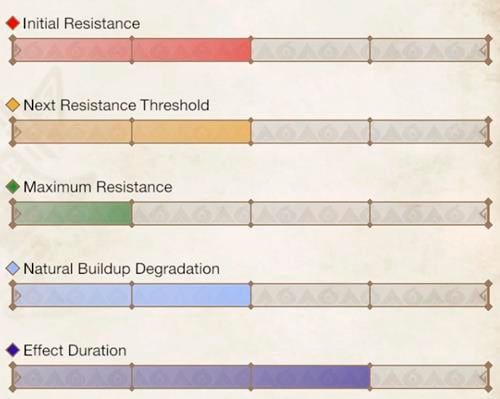 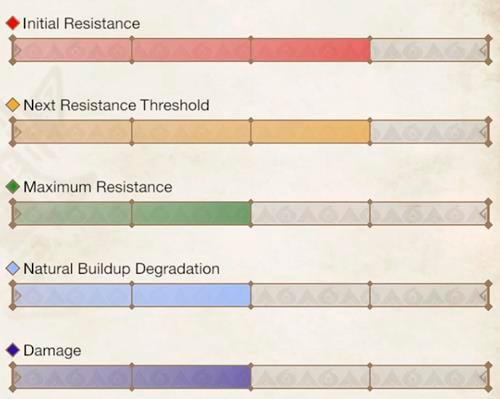 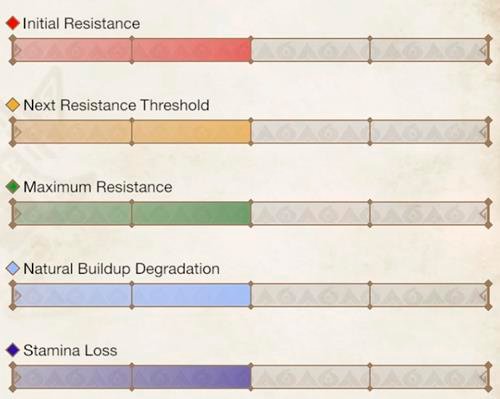 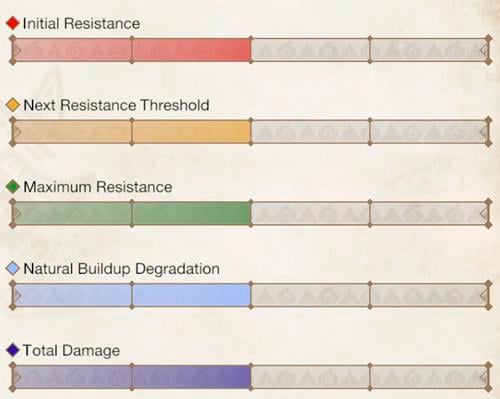 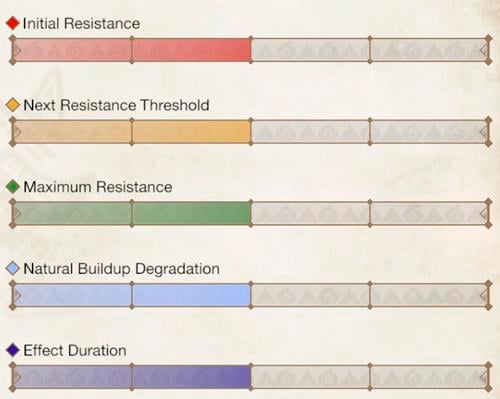 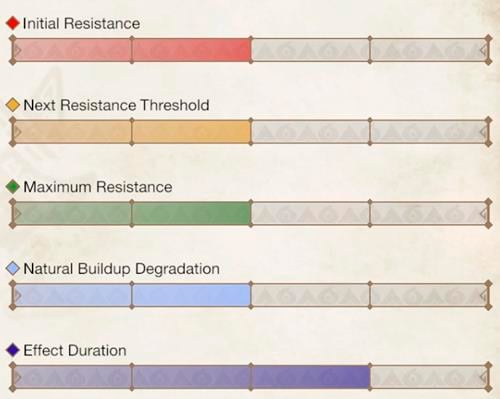 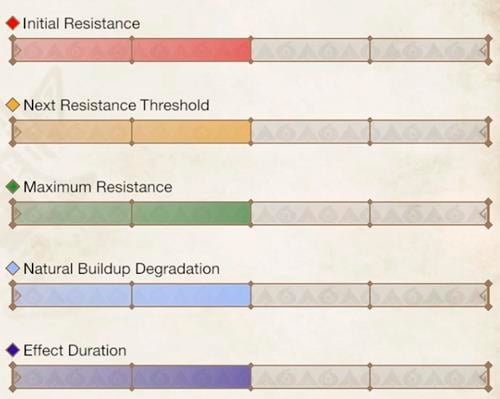 The tables below contains information on the different Items and Materials that can be obtained from the Low Rank, High Rank and Master Rank variations of Tigrex.

The table below indicates the various materials or items obtained from the Master Rank variation of Tigrex, it also includes the percentage chance of how it can be acquired.

The table below indicates the various materials or items obtained from the High Rank variation of Tigrex, it also includes the percentage chance of how it can be acquired.

The table below indicates the various materials or items obtained from the Low Rank variation of Tigrex, it also includes the percentage chance of how it can be acquired.

Armor and Weapons related to the Tigrex Monster.

Palico and Palamute Armor and Weapons related to the Tigrex Monster.