Divine Rhino is an Account Item in Monster Hunter Rise (MHR). Account Items(also known as Special or Unique Items) comprise of rare finds unique to a locale. Collecting them rewards a large amount of Kamura Points, and many also serve as the objectives of gathering Quests and Requests.

Where to find Divine Rhino in MH Rise

Divine Rhino is available in both High Rank and Master Rank settings, but is more common in the latter which requires the Sunbreak Expansion to access. It can be collected from Shining Rhino gathering nodes in the Flooded Forest. Shining Rhino can be found in the following areas: 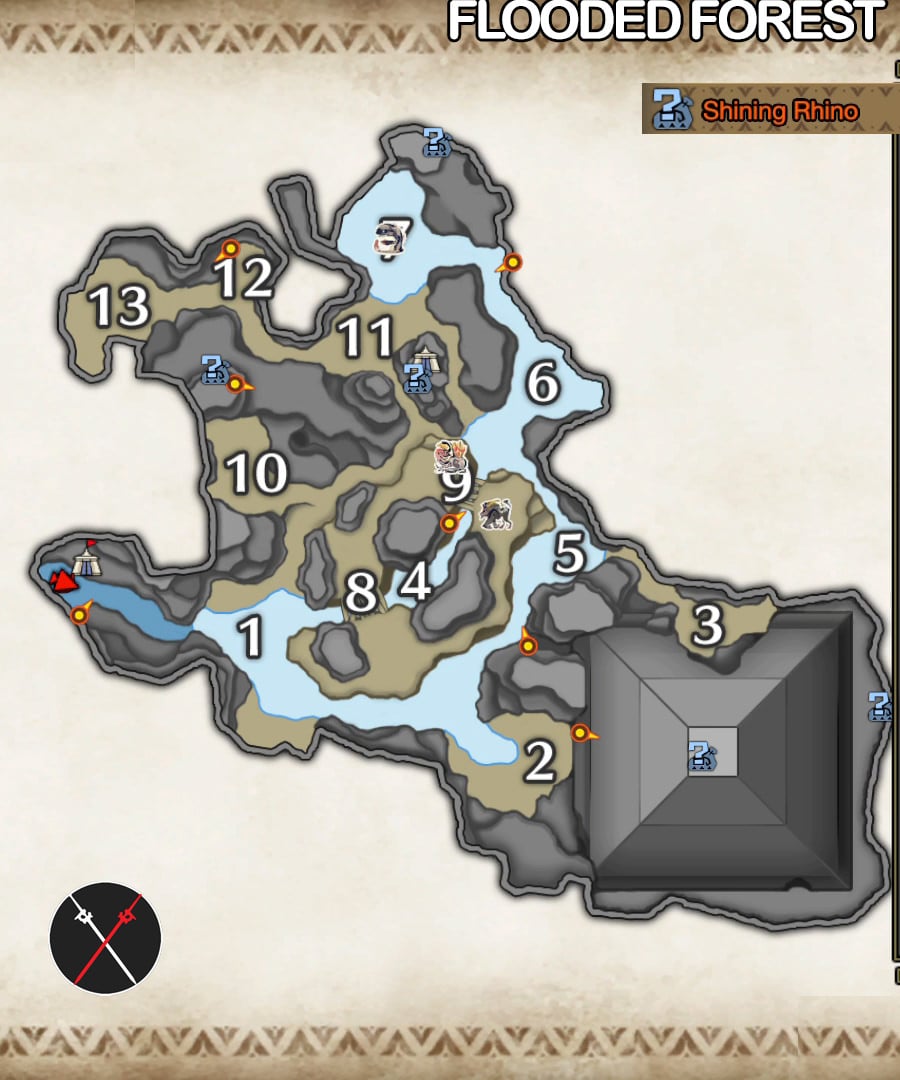