Minoto the Hub Maiden is an NPC in Monster Hunter Rise (MHR or MHRise). NPCs are non-playable characters that interact with the Hunter during the story or optional activities in game.

A Wyverian female who works as a receptionist at the Gathering Hub's quest counter. On the outside, she is cool and composed, but she has a warm heart and is simply shy. Despite this, her true demeanor is no secret to the villagers. Minoto holds her older sister, Hinoa, in very high regard, and frequently wishes that she were more like her.

Minoto is twin sisters with Hinoa, who handles the Village Quests. She maintains a calm demeanor and doesn't often show her emotions. Add to that her diligent working behavior, and you might get the impression that she's cold and indifferent towards people, but she's actually a very kind-hearted person and even a bit clumsy. She has a lot of respect for her sister and secretly wants to be just like her. Minoto supports you throughout the game and encourages you as you steadily master the art of hunting. Minoto can be summoned alongside her sister as Warriors of Kamura during Rampage quests.

With the release of the Sunbreak Expansion, Minoto will be able to join players on hunts as a Follower.

Minoto the Hub Maiden as a Follower

Minoto is one of the Followers that can join hunters on Follower Collab Quests. Her first quest is unlocked after completing the M⭐⭐⭐⭐ Hub Quest "Ice Wolf, Red Moon".

A wyverian female who works as a receptionist at the Gathering Hub. She holds her older sister, Hinoa, in very high regard, and wishes that she were more like her. 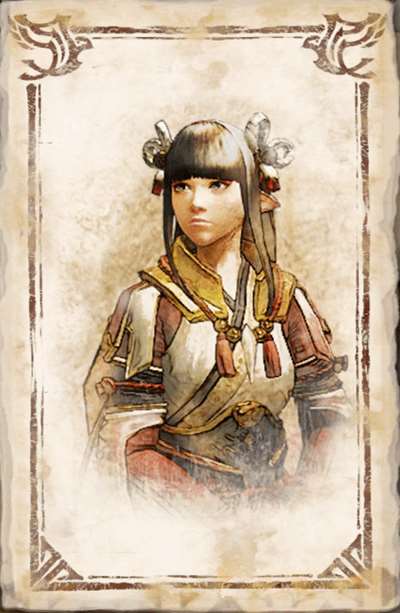 Minoto is equipped with the following skills during Follower Collab Quests: 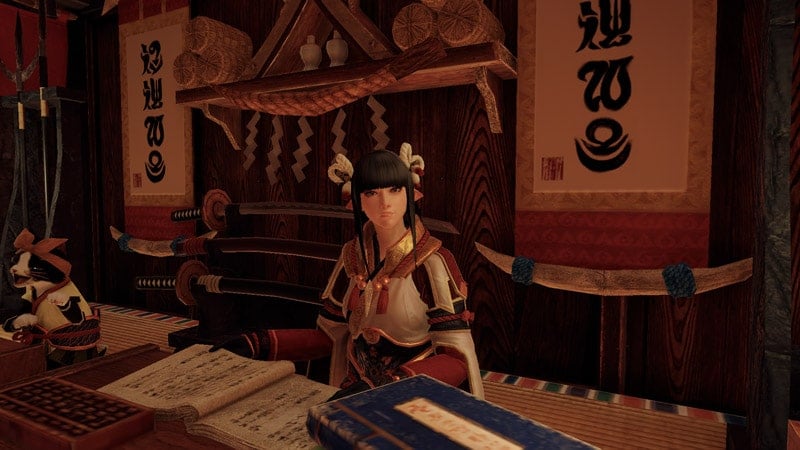