Hinoa the Quest Maiden is an NPC in Monster Hunter Rise (MHR or MHRise). NPCs are non-playable characters that interact with the Hunter during the story or optional activities in game.

A female Wyverian who works as the Kamura Village quest receptionist. Her kindness and cheer illuminate the village like rays of sunshine. You've always been close; she was one of your biggest supporters during your hunter training. She's pretty much addicted to Bunny Dango, a village specialty, and can be seen buying them in bulk every day.

Hinoa serves as the mediator for Village Quests. She has a twin sister who handles quests at the Gathering Hub. Her gentle nature and inerasable smile make her like a sun that brightens the entire village. Her smile brings hope to everyone, even amidst the perils of the Rampage. She considers the main character to be practically family, and does whatever she can to help. Bunny Dango are her favorite food, and so she can be frequently found at the Tea Shop stuffing her face.

With the release of the Sunbreak Expansion, Hinoa will be able to join players on hunts as a Follower.

Hinoa the Quest Maiden as a Follower

Hinoa the Quest Maiden is one of the Followers that can join hunters on Follower Collab Quests. Her first quest is unlocked after completing the M⭐⭐⭐⭐ Hub Quest "Ice Wolf, Red Moon".

A female Wyverian who works as the Village quest receptionist. Her kindness and cheer illuminate the village like rays of sunshine. She's addicted to Bunny Dango. 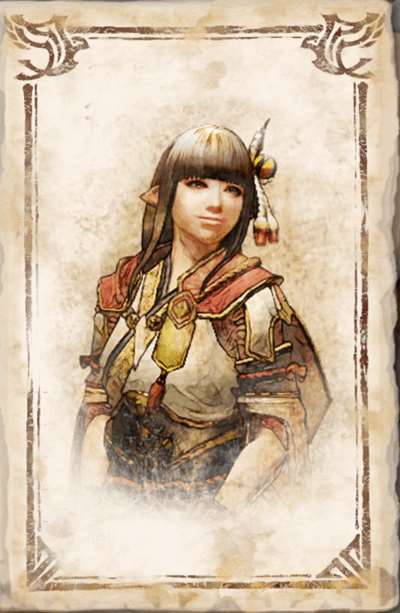 Hinoa is equipped with the following skills during Follower Collab Quests: 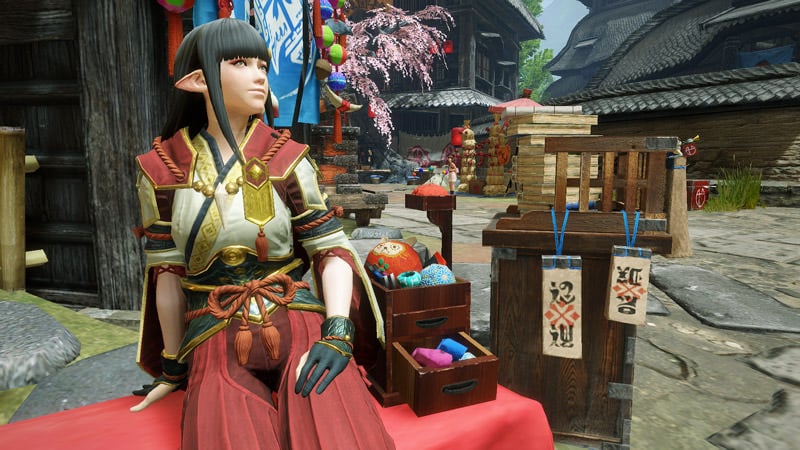