Anomaly Quests in Monster Hunter Rise (MHR or MHRise) are a new type of Quest debuting with the Sunbreak Expansion. Anomaly Quests are special hunts against Monsters driven mad by the Qurio creatures encountered throughout the story. These monsters are exceedingly powerful and have a few unique mechanics, and they will also reward the hunter with special materials that can be used to craft some of the highest tier equipment.

The Qurio-Afflicted Monsters encountered during Anomaly Quests have certain special properties that differentiate them from regular Monsters.

They are much more aggressive and have a much higher health pool. When these Monsters enter their Delirious state, clusters of glowing red orbs called Anomaly Cores appear on several body parts. These gather anomalous energy and glow brighter as time passes by. Hitting these cores enough times will cause them to detonate and deal massive damage to the Monster. While Delirious, the Afflicted Monster will typically use an extended moveset which adds additional hits to their normal attacks, and their recovery time between each attack is drastically shortened. Where a Claw Swipe will usually have two hits, it may have three or more, as well as other follow-up attacks while in this Delirious state.

It is possible to force the Monster out of the Delirious state and exhaust it by detonating all of the Orb Clusters on its body but you need to be fast as the Monster will continually generate Orb Clusters while enraged. Successfully forcing the Monster out of the Delirious state will render them Pacified for a brief moment, allowing hunters to go on the offensive. They will return to their Afflicted state shortly after, beginning the cycle anew. 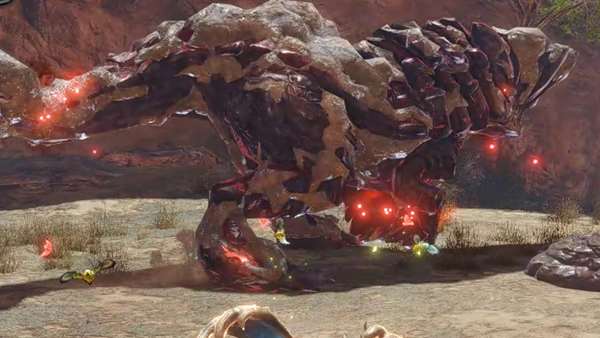 If allowed to be in the Delirious state for a long enough time, the Monster will suddenly stop and absorb an enormous amount of anomalous energy, and then release a massive Anomaly Burst, dealing a very large amount of damage to hunters in a large radius. During the explosion, it will also release several large orbs carried around by Qurio. These orbs will rapidly circle the Monster while moving outward before dissipating after traveling a short distance. They deal large amounts of damage on contact and will knock hunters away. Getting caught in the explosion and these orbs is a very deadly combo so watch the Monster carefully and run away or perform an Emergency Evade when it is about to explode. 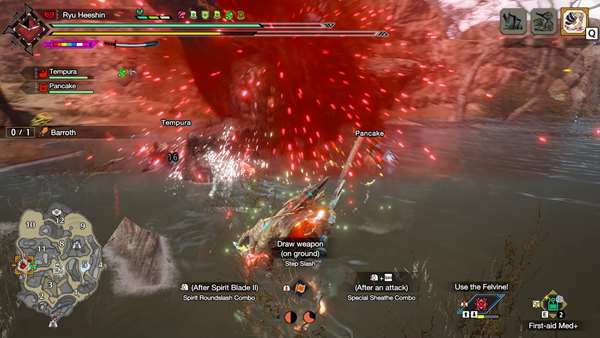 An Afflicted Barroth about to explode 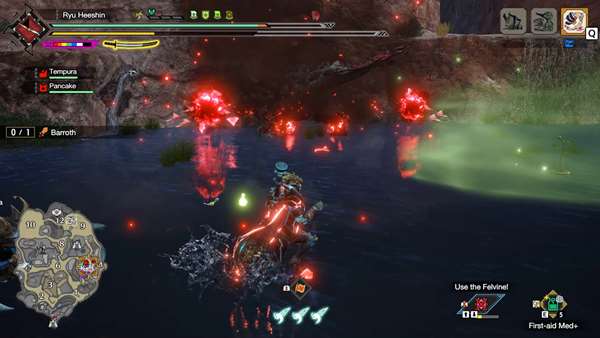 Large Orbs encircle the monster after releasing all its anomalous energy

Note that Afflicted Monsters cannot be captured and must be slain in order to complete the quest.

Quick Search of All Anomaly Quests